By Sean Whaley, Nevada News Bureau: Assembly Speaker John Oceguera testified today in support of a bill that would expand health insurance transparency for consumers so they can shop for the best coverage.

Assembly Bill 309, reviewed by the Assembly Commerce and Labor Committee, is opposed by many companies offering health insurance in Nevada. Only one insurance representative testified against the bill at the hearing, however.

“Currently, only the Department of Insurance may inspect an insurance company’s actuarial information and assumptions used by the company to justify their rate increase and the amount spent on things other than delivering medical care,” Oceguera said.

AB309 would change that to allow consumers and businesses shopping for insurance access to the information, he said.

“It increases transparency by making information that is used to justify these rate increases readily available to the public,” Oceguera said. “It allows individual consumers and small businesses to take a more in-depth look into policies when making their decisions on what insurance to purchase.” 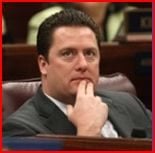 The bill would allow the public to request public hearings on rate changes in excess of 10 percent or for plans that represent more than 5 percent of the market, he said. The hearings would be open to the public.

Information available now includes only price and coverage, Oceguera said. The bill would greatly expand that information to include the loss ratio for the previous year, the anticipated loss ratio for the coming year and data justifying the requested increase, he said. It would all be posted on the Insurance Division’s website and the insurance company’s website.

Jack Kim, a lobbyist representing the Nevada Association of Health Plans, spoke in opposition to the bill but said the industry would continue to work with Oceguera to resolve its concerns. The public hearing and notice provisions could result in a five- to six-month process to get a rate increase approved, which is “a very long time,” he said.

Kim said insurance companies also compete with each other and would prefer to keep some of its data confidential.

The measure was supported by Nevada Insurance Commissioner Brett Barratt, who said it will dovetail nicely with the state’s effort to set up a health insurance exchange under the federal health care law so individuals can shop for and purchase health insurance.

It will allow more scrutiny of proposed health insurance rate increases to ensure they are reasonable and justified based on real data, he said.

“It will give consumers more power and ability to shop for insurance,” Barratt said.

Nevada is moving forward under Gov. Brian Sandoval to set up the exchange even as the state continues to challenge the constitutionality of the health care law.

The bill is also supported by Nevada State Medical Association. In testifying in support of the bill today, Executive Director Larry Matheis said it isn’t only the information required to be provided to consumers in the bill that is important.

“There are too many surprises when it comes to what the benefits of coverage actually turn out to mean in reality,” he said. “Transparency regarding coverage is less about what the salesman tells you they offer than it is about what coverages don’t they offer. When do they exclude coverage.”

Assembly Speaker John Oceguera says his bill would open up insurance company information to the public:

Oceguera says opening up the information will create an informed public:

Larry Matheis of the Nevada State Medical Association says there are too many surprises now in what is covered by an insurance policy:

Matheis says transparency about health insurance has to include information about medical conditions not covered by a policy:

Senate hears bill that would allow guns on college campuses

Learn the buzz about beekeeping in northern Nevada