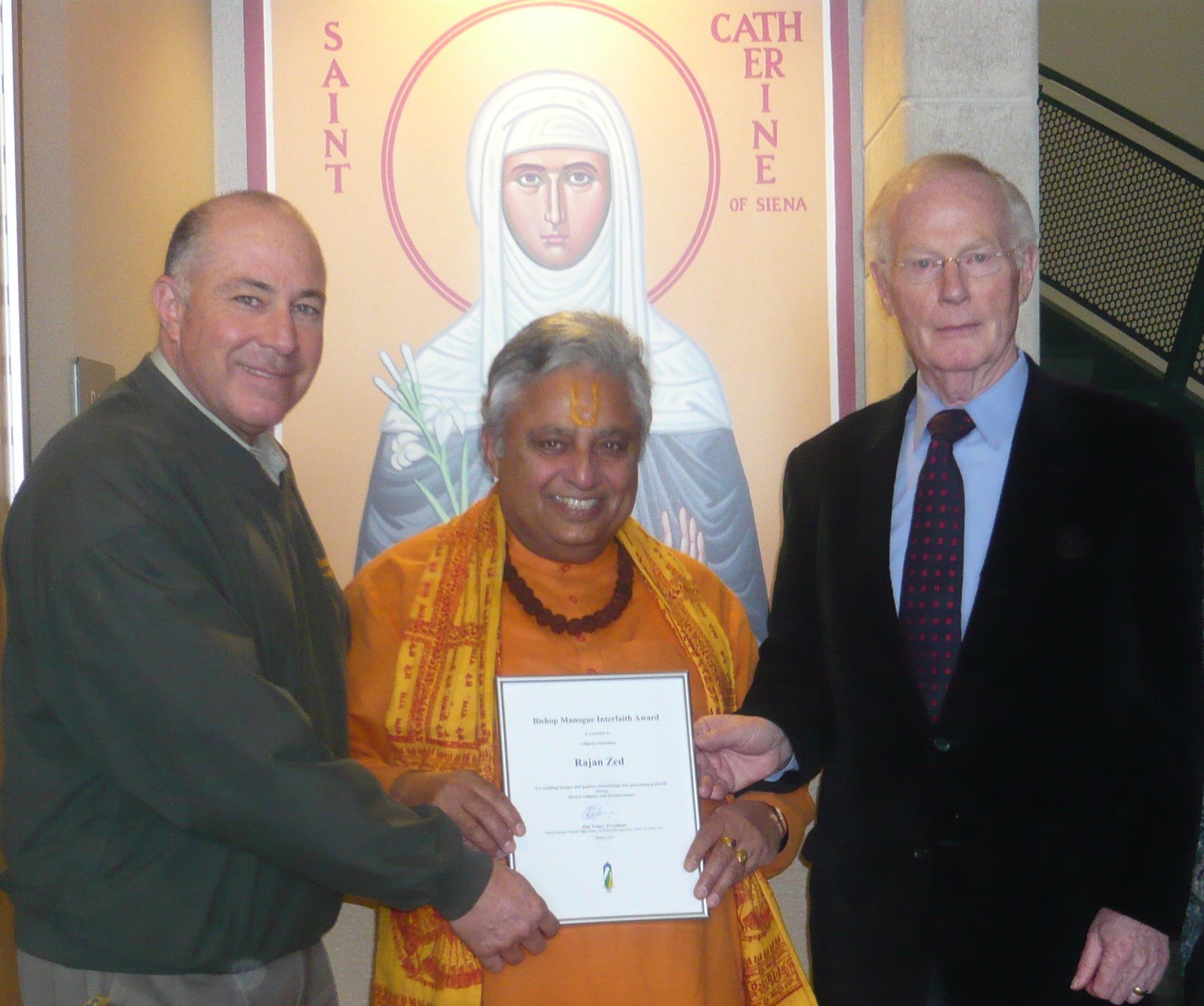 Award citation, handed over to Zed at Bishop Manogue Catholic High School (BMCHC) in Reno on March three, says: “For building bridges and positive relationships and generating good will among diverse religions and denominations.”

Rajan Zed is a religious statesman who has taken up interfaith, religion, Hinduism, environment, Roma and other causes all over the world. He has read opening prayers in US Senate, various state senates and houses of representatives, counties and city councils all over USA and was invited by President of European Parliament in Brussels for a meeting to promote interfaith dialogue. He is a panelist for “On Faith”, a prestigious interactive conversation on religion produced by The Washington Post and was bestowed with “World Interfaith Leader Award”. He is President of Universal Society of Hinduism, Senior Fellow and Religious Advisor to New York headquartered Foundation for Interreligious Diplomacy, Director of Interfaith Relations of Nevada Clergy Association, Spiritual Advisor to National Association of Interchurch & Interfaith Families, etc.

Mission of BMCHC, which was launched in 1948, is: Educating through Faith, Leadership, Knowledge, and Compassion. In recent years, 99 percent of all BMCHC graduates have continued their education at the college level. David Miller is the Chairman of the Board of Directors of this only Catholic high school in northern Nevada, which serves families residing in the Reno-Sparks, Carson City, Carson Valley, Fernley, Minden-Gardnerville, Incline Village, South Tahoe and Truckee in Nevada and California.

Bishop Patrick Manogue was an Irish-born prelate who as a young man worked as a miner in the Moore’s Flat area of northern California and later became Roman Catholic Bishop of Sacramento in 1886.

Nevada’s teachers and students brushing up on George