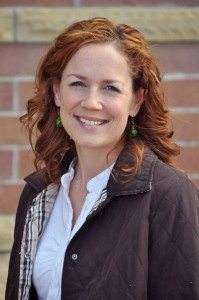 [NOTE: Bethany is also a volunteer for This Is Reno.]

Drysdale has served as Public Relations specialist for NCOT since October 2005. She succeeds Chris Chrystal, who is retiring as manager April 22 after a 48-year career in news reporting and public relations that included 13 years with NCOT.

“Bethany’s media expertise, in-depth knowledge of Nevada and outstanding work promoting our state’s tourism attractions with travel journalists around the world make her the winning candidate to head NCOT’s PR department,” Krolicki, NCOT chair, said. “Her hard work on behalf of Nevada’s tourism-based economy and her noteworthy achievements have earned this promotion.”

Drysdale, a Eureka, Calif., native and California State University, Chico, graduate, began her career at the Auburn Journal newspaper as a reporter and award-winning features editor before moving to Reno in 2004 to join RKPR Inc. as an account executive handling tourism industry clients including the Reno-Sparks Convention and Visitors Authority.

A year later Drysdale joined NCOT, serving with Chrystal as an agency spokeswoman, working with news and travel media to promote the state’s natural attractions, resorts, adventure, golf, skiing, entertainment and events. She plans and conducts familiarization tours for hand-picked travel journalists from the United States, Canada, Mexico and key overseas travel markets including China, Germany, the United Kingdom, South Korea and Japan. The touring journalists experience Nevada’s multitude of attractions, and their stories in the print, broadcast and electronic media help motivate consumers to visit.

“One week Bethany is taking travel journalists on a Reno-Tahoe ski tour and describing each day’s events on Twitter and Facebook, and the next week she is working at a trade show in Berlin, selling a parade of travel writers on Nevada stories they need to write,” NCOT Interim Director Larry Friedman said. “She has a knack for tackling an array of endeavors and skillfully accomplishing them all.”

NCOT selected Drysdale from a field of 176 candidates that was narrowed to five finalists, who were given two written tests to determine their knowledge of Nevada tourism and the PR position, and a personal interview with three agency officials.

Drysdale’s talents helped the PR department win numerous Silver Spike awards, the highest honor of the Public Relations Society of America. The organization honored her last fall for excellence as the Mark Curtis Sr., Professional of the Year.