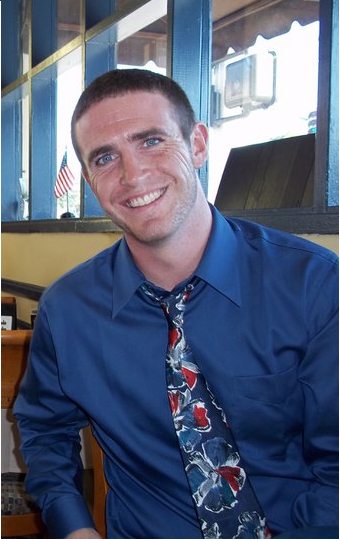 Jeff Crooks of Elko, Nev., is the next to join the University of Nevada, Reno tradition of service. The 2009 University grad departs June 2011 to begin a Peace Corps assignment in Peru. He will serve 27 months as a youth development worker in the South American country.

Nevada ranks 21st for Peace Corps volunteers; Jeff Crooks, class of 2009, is next to serve

WASHINGTON, D.C. – The University of Nevada, Reno, ranks 21st on Peace Corps’ 2011 rankings of the top volunteer-producing colleges and universities in the medium-size schools category.

For 2011—Peace Corps’ 50th anniversary year—there are 23 University of Nevada, Reno undergraduate alumni serving as Peace Corps volunteers. This is an increase from last year, when Nevada made its debut in the annual rankings at 25th place with 20 alumni in service.

“In 1961, President Kennedy created the Peace Corps in response to the passion of university students, and today we continue to be inspired by the enthusiasm, dedication, and creativity of the thousands of Americans now serving overseas,” said Peace Corps Director Aaron S. Williams. “Colleges instill a commitment to public service among their students and share our belief that, together, we can work to make the world a better place.”

Jeff Crooks of Elko, Nev., is the next to join the Nevada tradition of service. The 2009 University grad departs June 2011 to begin a Peace Corps assignment in Peru. He will serve 27 months as a youth development worker in the South American country.

“From the first semester at UNR, students are exposed to an environment that embraces cultural diversity,” said Crooks. “In my own experience, I was always meeting other students from all over the world in my classes and around campus, and I was always encouraged to study abroad myself and experience other cultures.”

“As a geography major, it seemed like all of my professors were able to speak about their own experiences abroad, and always demonstrated the value of those experiences,” Crooks continued. “What began as a small interest slowly developed through the years into full blown inspiration to have my own experiences living and working abroad, and UNR was the perfect place to foster that development.”

In this year’s national rankings, the University of Colorado at Boulder outpaced other universities with 117 alumni serving. Prior to 2011, the University of Washington held the top spot for four consecutive years. Historically, the University of California, Berkeley, maintains the number one all-time rank, with 3,457 Peace Corps volunteer alumni since 1961.

See the full 2011 rankings at http://multimedia.peacecorps.gov/multimedia/pdf/stats/schools2011.pdf.

Rankings are calculated based on fiscal year 2010 data as of September 30, 2010, as self-reported by Peace Corps volunteers.

Throughout 2011, Peace Corps is commemorating 50 years of promoting peace and friendship around the world. Historically, more than 200,000 Americans have served with the Peace Corps to promote a better understanding between Americans and the people of 139 host countries. Today, 8,655 volunteers are working with local communities in 77 host countries. Peace Corps volunteers must be U.S. citizens at least 18 years of age. There is no upper age limit. Peace Corps service is a 27-month commitment.