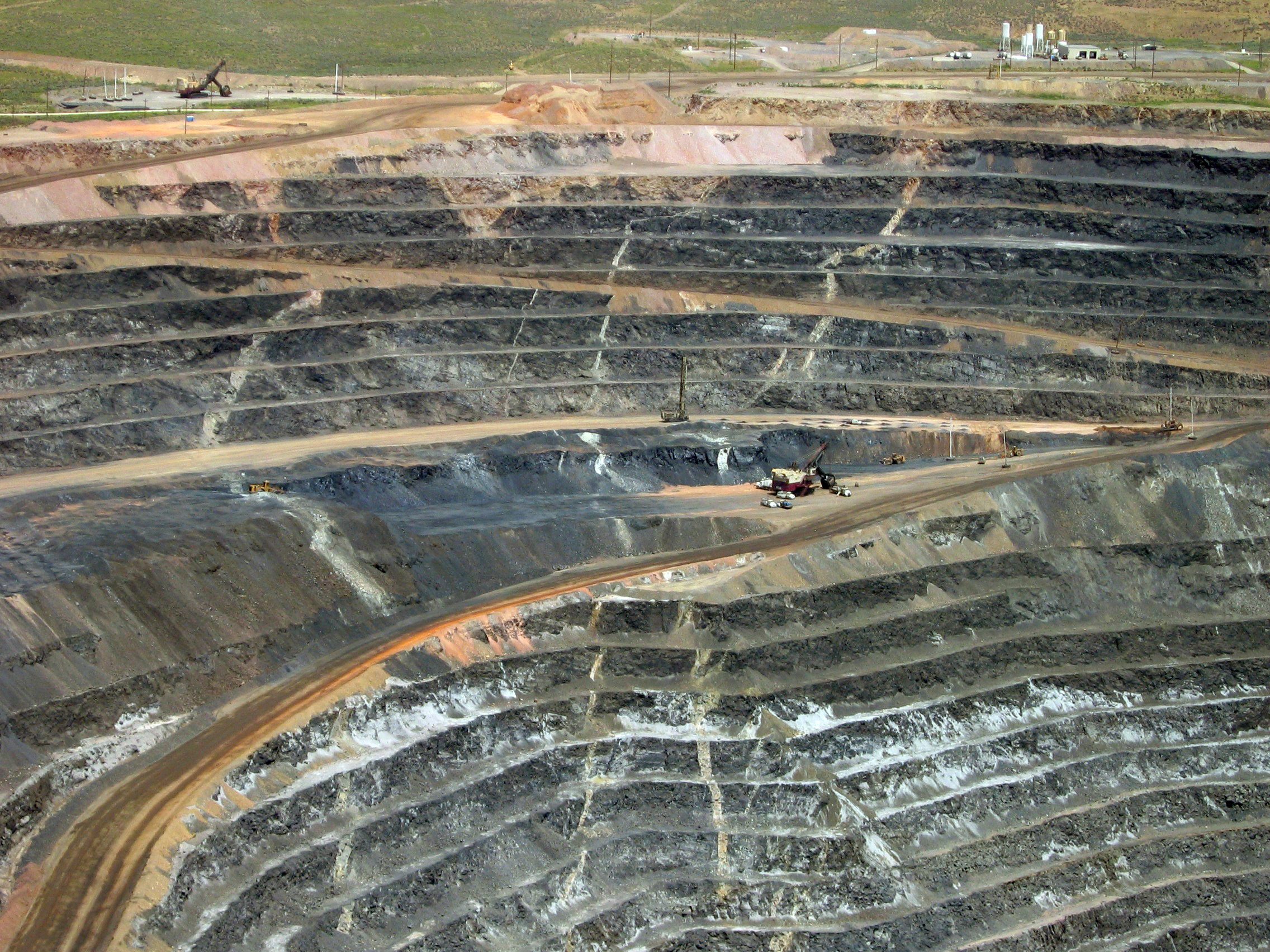 Barrick Gold Corporation’s large open pit at its Goldstrike Mine on the Carlin Trend.

The deposits, known as Carlin-type gold deposits, are characterized by extremely fine-grained nanometer-sized particles of gold adhered to pyrite over large areas that can extend to great depths. More gold has been mined from Carlin-type deposits in Nevada in the last 50 years – more than $200 billion worth at today’s gold prices – than was ever mined from during the California gold rush of the 1800s.

This current Nevada gold boom started in 1961 with the discovery of the Carlin gold mine, near the town of Carlin, at a spot where the early westward-moving prospectors missed the gold because it was too fine-grained to be readily seen. Since the 1960s, geologists have found clusters of these “Carlin-type” deposits throughout northern Nevada. They constitute, after South Africa, the second largest concentration of gold on Earth.  Despite their importance, geologists have argued for decades about how they formed.

“Carlin-type deposits are unique to Nevada in that they represent a perfect storm of Nevada’s ideal geology – a tectonic trigger and magmatic processes, resulting in extremely efficient transport and deposition of gold,” said  John Muntean, a research economic geologist with the Nevada Bureau of Mines and Geology at the University of Nevada, Reno and previously an industry geologist who explored for gold in Nevada for many years.

“Understanding how these deposits formed is important because most of the deposits that cropped out at the surface have likely been found.  Exploration is increasingly targeting deeper deposits. Such risky deep exploration requires expensive drilling.

“Our model for the formation of Carlin-type deposits may not directly result in new discoveries, but models for gold deposit formation play an important role in how companies explore by mitigating risk.  Knowing how certain types of gold deposits form allows one to be more predictive by evaluating whether ore-forming processes operated in the right geologic settings. This could lead to identification of potential new areas of discovery.”

Muntean collaborated with researchers from the University of Nevada, Las Vegas: Jean Cline, a facultyprofessor of geology at UNLV and a leading authority on Carlin-type gold deposits; Adam Simon, an assistant professor of geoscience who provided new experimental data and his expertise on the interplay between magmas and ore deposits; and Tony Longo, a post-doctoral fellow who carried out detailed microanalyses of the ore minerals.

The team combined decades of previous studies by research and industry geologists with new data of their own to reach their conclusions, which were written about in the Jan. 23 early online issue of Nature Geoscience magazine and will appear in the February printed edition. The team relates formation of the gold deposits to a change in plate tectonics and a major magma event about 40 million years ago. It is the most complete explanation for Carlin-type gold deposits to date.

“Our model won’t be the final word on Carlin-type deposits,” Muntean said. “We hope it spurs new research in Nevada, especially by people who may not necessarily be ore deposit geologists.”

The work was funded by grants from the National Science Foundation, the United States Geological Survey, Placer Dome Exploration and Barrick Gold Corporation.  The article appears in the online edition of the journal Nature Geosciences, available at http://www.nature.com/ngeounder “advanced online publication.”