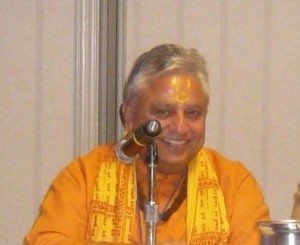 Well-known Hindu statesman Rajan Zed will speak on Hinduism, the oldest and third largest religion of the world, in Minden on Feb. 24.

Zed is one of the panelists for “On Faith,” a prestigious interactive conversation on religion produced by The Washington Post. He has been awarded “World Interfaith Leader Award” and is president of the Universal Society of Hinduism, senior fellow and religious advisor to New York-headquartered Foundation for Interreligious Diplomacy, director of interfaith relations of the Nevada Clergy Association, spiritual advisor to the National Association of Interchurch and Interfaith Families, and more.

Organized by Shelby’s Book Shoppe at “88 Cups Coffee & Tea” (1663-B Lucerne St.), Zed will talk about Hinduism, its gods and goddesses, reincarnation and other concepts starting at 7 p.m. The discussion will be free and open to the public.

Moksh (liberation) is the ultimate goal of Hinduism, which has about one billion adherents.