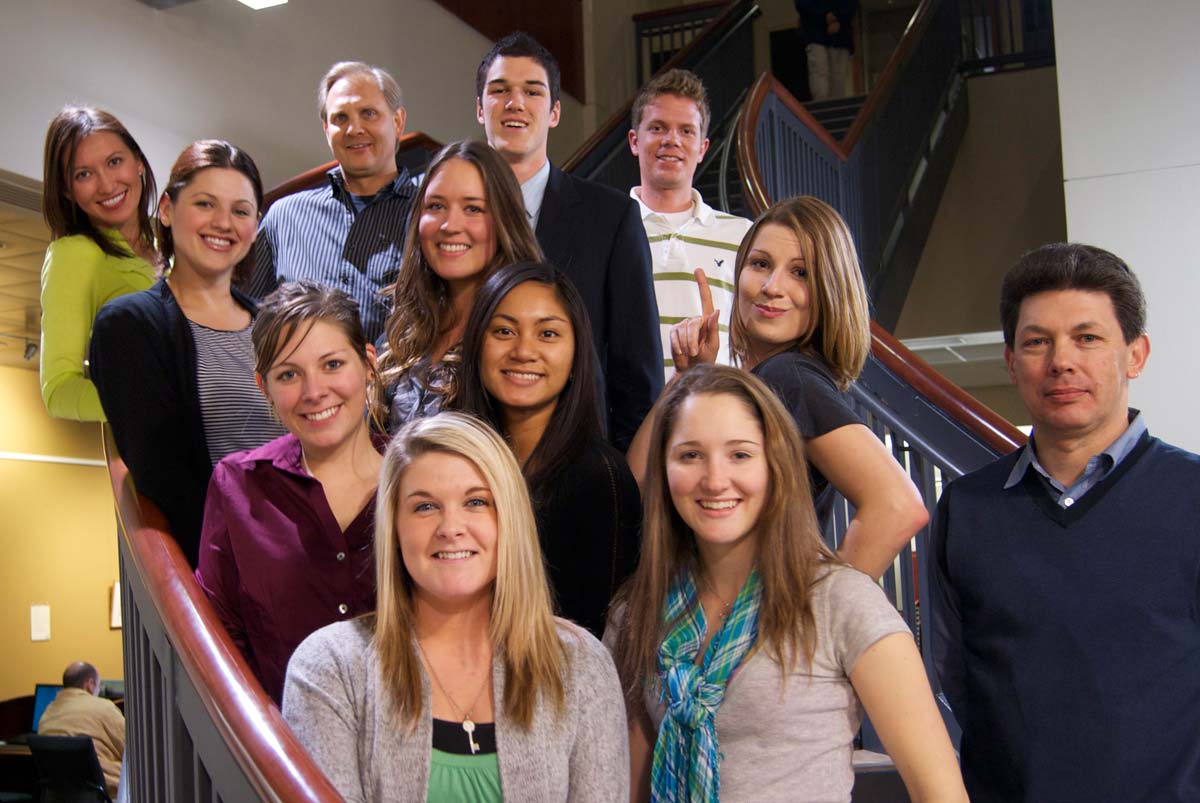 The student chapter of the American Marketing Association at the University of Nevada, Reno has been named one of the top 10 finalists in the AMA International Collegiate Competition, joining the ranks of students from other institutions such as Carnegie Melon and Penn State. The AMA team from fellow Nevada System of Higher Education institution University of Nevada, Las Vegas was also named a top-10 finalist, setting the stage for yet another great showdown between the two friendly state rivals.

AMA Wolf Pack team leader Diana Perazzo said that with both the Wolf Pack team and the team from UNLV being named top-10 finalists, she feels great pride in Nevada, commenting, “We all must be getting a very good education here.”

But, she admits that the friendly intrastate rivalry between the two institutions adds a little incentive.

“Seeing UNLV on that list does get my competitive nature going even more,” she said.

The Wolf Pack team will compete against UNLV and the other eight finalists March 24 in New Orleans, where they will present their marketing plan for Nintendo. All teams had to target the nongaming population of the United States, which Perazzo said wasn’t much of a stretch for her and her teammates.

“Not a single member of our team was an avid game player,” she said. “So, we were part of our own target market.”

“They don’t have time to play games – they’re all too busy.”

The team said they spent a lot of time conducting research – primary, secondary and focus groups.

“You cannot do anything without research,” Perazzo said. “The more we got to know Nintendo, the more we loved it. It’s a really good company with strong research and marketing. They support good causes and are very profitable.”

Perazzo said that the team learned a lot from competing last year, when they finished in the competition’s top 20. The team scored 95 to 99 points out of 100 from five of the six judges. According to Judy Strauss, associate professor of marketing at Nevada, “I have never seen such high scores from industry professionals in a student competition. It is evidence of the high-quality instruction and real-world applications that our students are learning in our College of Business. We are very proud of them.”

The AMA Wolf Pack team’s accomplishment comes on the heels of the University’s Integrated Marketing Communications team placing first in their regional competition for the sixth time in 11 years last spring, earning them a spot in the national competition last summer, where they placed 14th in the country. They will make another run for the regional title this spring, hopefully earning another shot at the national title. College of Business and Reynolds School of Journalism students work together to comprise Nevada’s IMC team.

Those who wish to support the team’s trip to the competition in New Orleans can attend a Sushi Night at 7 p.m. March 3 in the University’s Joe Crowley Student Union Ballrooms. Admission is $10. Also, the group earns $1 for everyone who joins myEdu at this link: http://www.myedu.com/free/nevadaAMA#. For more information on assisting the team, contact Perazzo at 775-378-0297 or [email protected].