With no official report available yet, Nevada residents are left to speculate what could have happened to the treasured Shoe Tree just outside of Fallon on U.S. Highway 50. 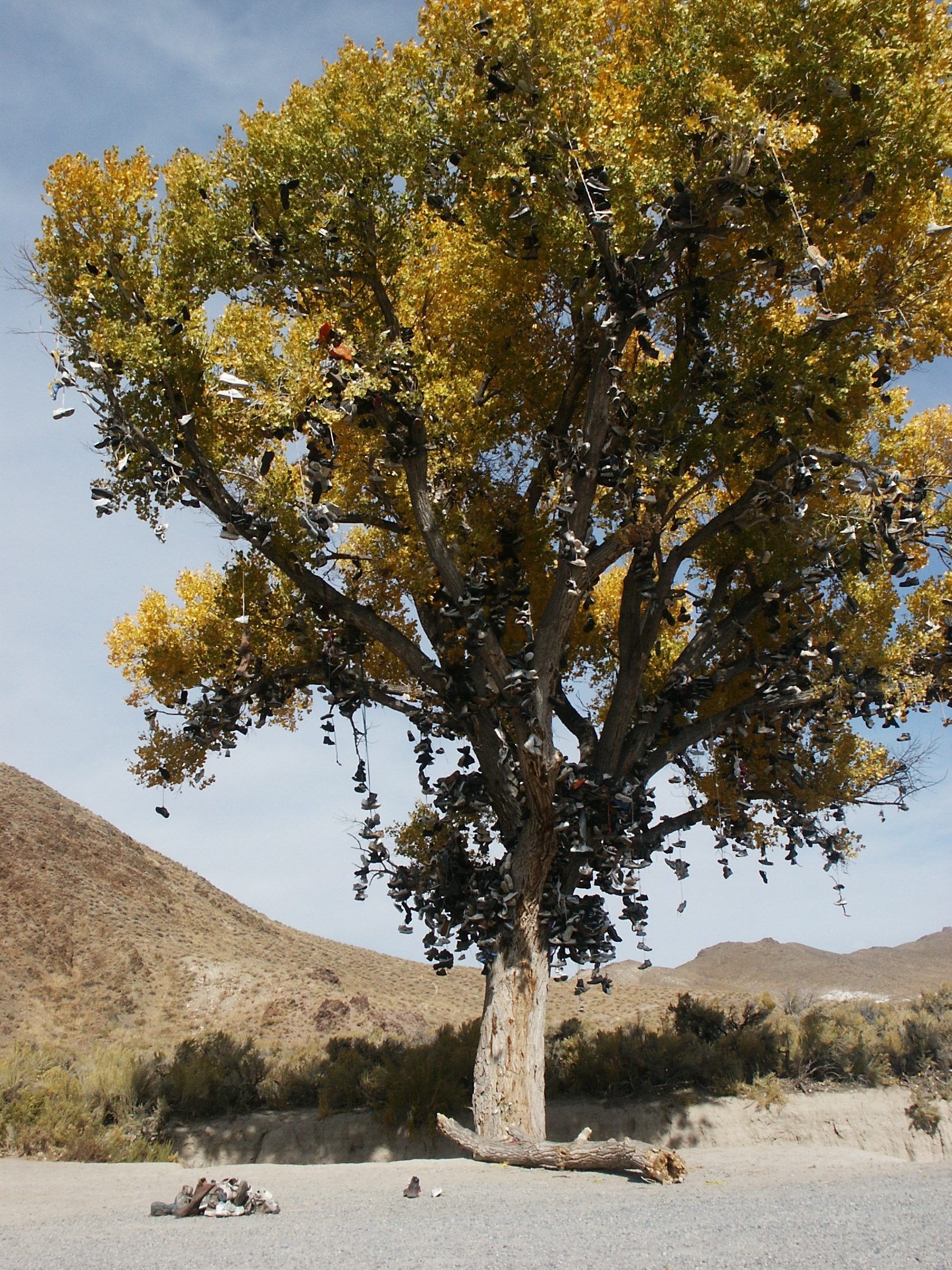 The Shoe Tree near Middlegate on Highway 50. Photo courtesy of the Nevada Commission on Tourism.

The tree was cut down sometime over the New Year’s Eve weekend, and law enforcement is looking into what happened while residents wonder who could have or would have cut down such an icon of rural Nevada.

“The Pony Express Territory has promoted the Shoe Tree more than any other organization as a quirky icon on the  ‘Loneliest Road in America,’ which is Highway 50. We often host tour groups, travel writers, and conventioneers across the territory and would stop at the Shoe Tree for pictures,” said Rick Gray, director of Fallon tourism and chair of the Pony Express Territory, a marketing arm of the Nevada Commission on Tourism. “So it is traumatic to lose an attraction such as the Shoe Tree.  It was a landmark that suited our sensibilities, and in some ways, was a symbol of our rural independence and lifestyle.  It made for great stories and helped us promote a very important part of Nevada and the communities that reside along the highway.”

The Shoe Tree, a towering cottonwood, stood out from the surrounding sagebrush near the junction of Highway 50 and State Route 361 at Middlegate. Its branches were adorned with shoes of all kinds, and the footwear that didn’t make it into the tree littered a ravine behind the tree. A paved pull-out area provided easy access for travelers on Highway 50, and the tree’s image is undoubtedly captured in many photo albums around the world. 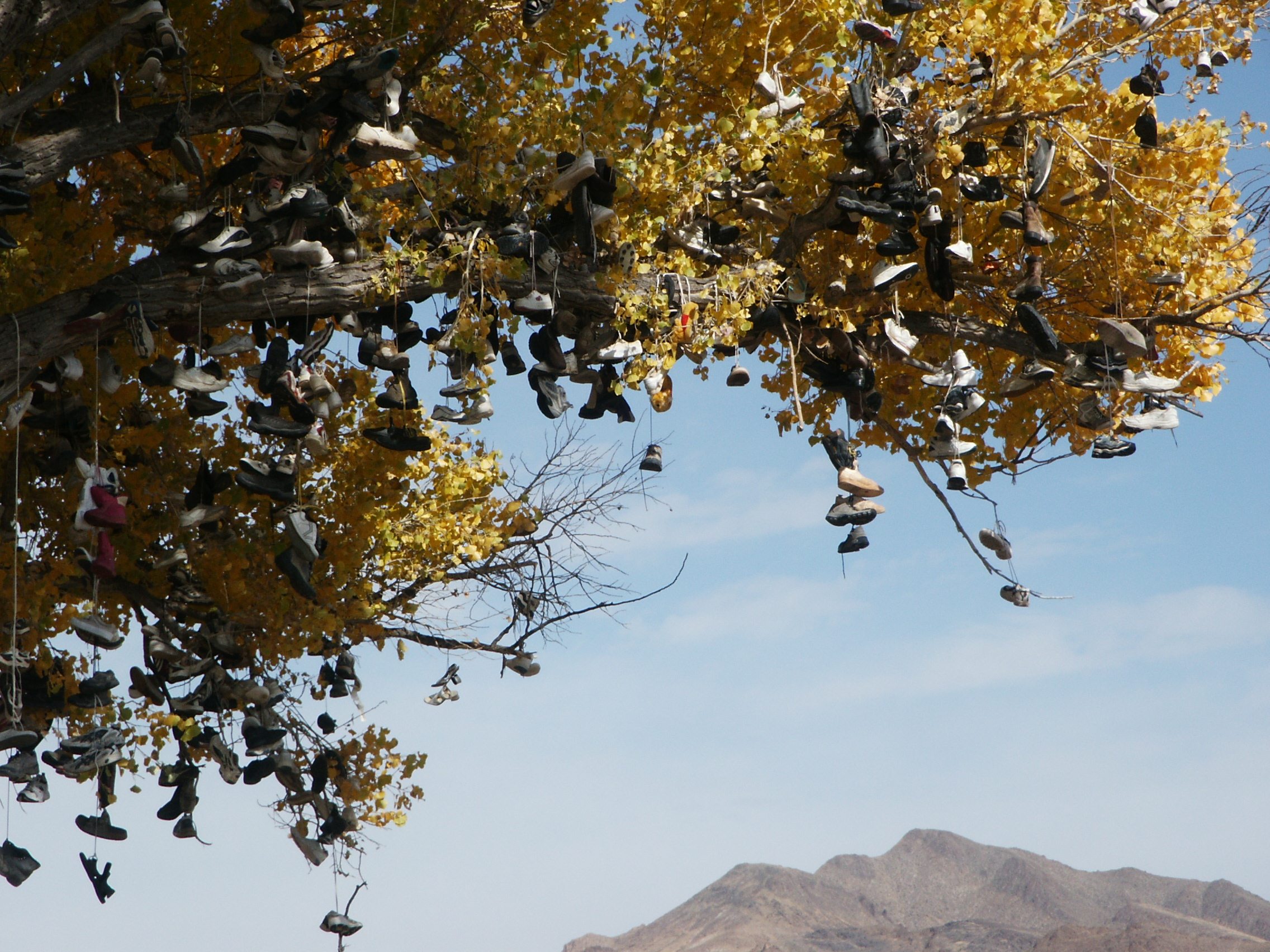 The Shoe Tree near Middlegate on Highway 50. Photo courtesy of the Nevada Commission on Tourism.

Whatever the cause of the tree’s demise, Gray said there are already ideas circulating to replace the tree. No plans are firm yet, but leave it to Nevadans who can turn a slight like “the Loneliest Road in America” into a badge of honor to also turn this arborcide into an attraction.