Reid invites wounded warrior from Hawthorne to State of the Union 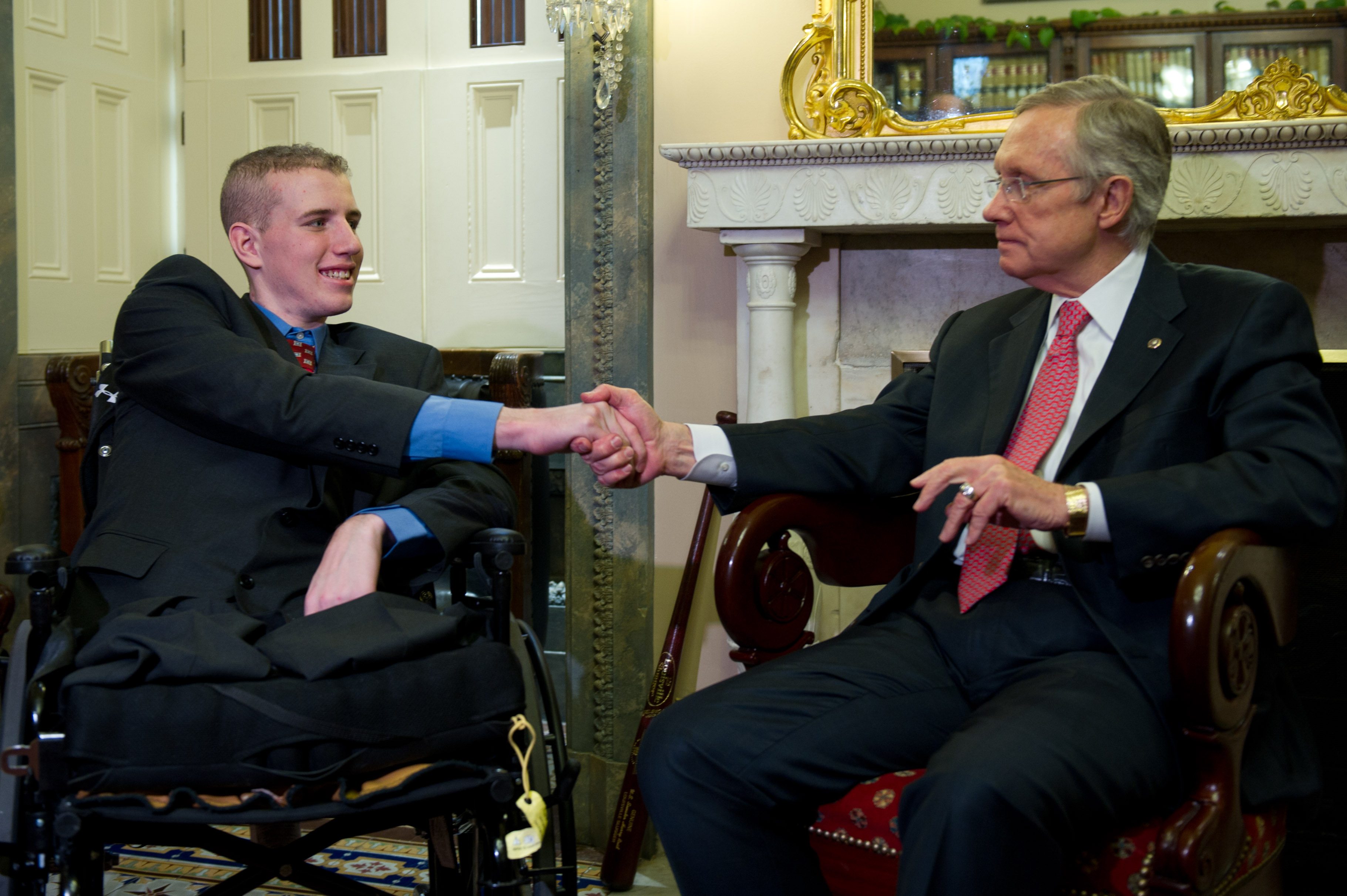 WASHINGTON, D.C.— This afternoon, Sen. Harry Reid met with his guests for tonight’s State of the Union Address in his Capitol Building office: Specialist Timothy Hall and his father, Russ Hall.

Specialist Hall is a United States Army soldier from Hawthorne who sacrificed both his legs in service to his country in Afghanistan in June 2010. He received more than 170 units of blood and was resuscitated four times in Afghanistan and twice in the United States. Specialist Hall has been receiving treatment for his injuries at Walter Reed Army Medical Center, where Reid visited with him last year.

“I am honored that Specialist Timothy Hall will accompany me to tonight’s State of the Union,” said Reid following their meeting. “His bravery and sacrifice for his country is humbling and should make us all reconfirm our commitment to ensuring Nevada’s veterans have the care they have earned. I am proud to have secured more than $500 million for a brand new VA hospital in southern Nevada, provided additional funding for improved care at Reno’s VA hospital and passed the 21st Century GI Bill of Rights. However, we must and can do more for our veterans, such as ending unfair concurrent receipt policies.”