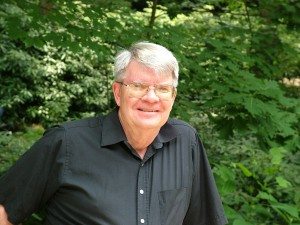 University of Nevada, Reno Philosophy Professor Tom Nickles has been awarded the distinction of AAAS Fellow by his peers in the American Association for the Advancement of Science.

University of Nevada, Reno Philosophy Professor Tom Nickles has been awarded the distinction of AAAS Fellow by his peers in the American Association for the Advancement of Science.

The Association is the world’s largest scientific society and publisher of Science (www.sciencemag.org), which has the largest paid circulation of any peer-reviewed general science journal in the world. The Association includes 262 affiliated societies and academies of science, serving 10 million individuals.

Nevada’s Nickles was awarded the distinction of Fellow by his peers in the Association for his “distinguished contributions to history and philosophy of science, especially the understanding of scientific discovery and the wider understanding of the work of Thomas Kuhn.” Nickles edited Thomas Kuhn, published by Cambridge University Press in 2003, a collection of essays on the physics-trained American who wrote extensively on the history of science and developed several important notions in the sociology and philosophy of science.

Nickles has taught at Nevada for 34 years, garnering several high honors. Most recently, he was named Nevada Professor of the Year by the Carnegie Foundation for the Advancement of Teaching in 2009. Five years ago, he received the Nevada System of Higher Education’s Regents Teaching Award.

Heather Hardy, dean of Nevada’s College of Liberal Arts, says, “Professor Nickles epitomizes the truly interdisciplinary scholar, whose broad and deep perspective on science and the humanities enriches his students’ education. This recognition of Professor Nickles by his peers is most deserved, and Nevada is indeed privileged to count such a distinguished scholar among its faculty.”

Nickles, along with this year’s other new AAAS Fellows, will be presented with an official certificate and gold and blue rosette pin at the AAAS Fellows Forum 8 to 10 a.m., Feb. 19, during the 2011 AAAS Annual Meeting in Washington, D.C.