Reid sworn in for fifth term 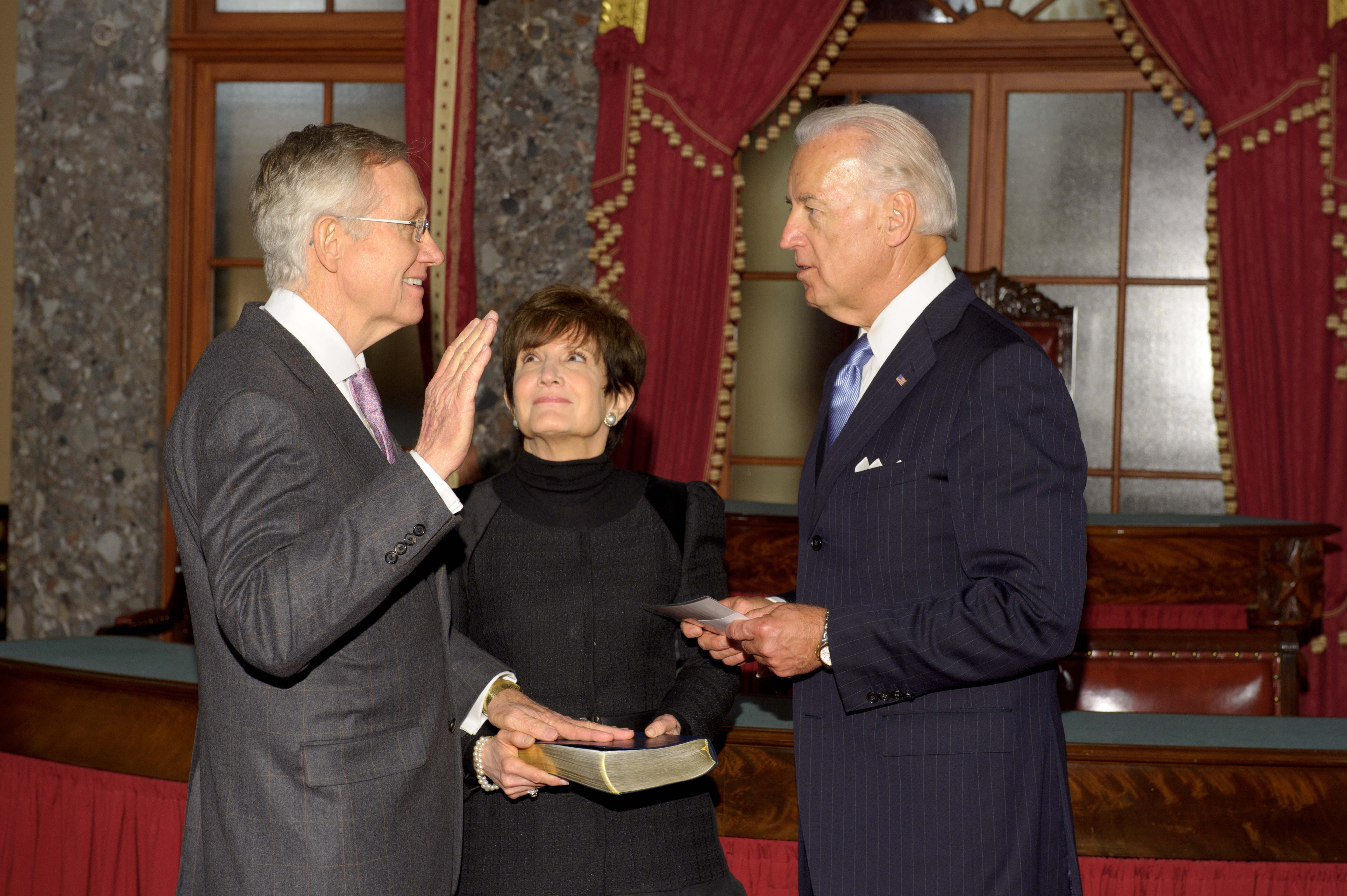 WASHINGTON, D.C. – Sen. Harry Reid yesterday was sworn in for his fifth term as U.S. Senator from Nevada.

The official swearing-in ceremony took place on the Senate floor followed by an additional swearing-in ceremony with Reid and Vice President Joe Biden in the Old Senate Chamber. Reid said he looks forward to working with Nevadans to keep families in their homes and ensure the state can build a strong, competitive workforce and a diverse, resilient economy.

“I’m honored, humbled and will forever be grateful that the people of Nevada have entrusted me with another term as a United States Senator,” Reid said. “I’ll continue working hard to create jobs for the people of my state and get our country back on track. Neither title — senator or majority leader — is a responsibility I take lightly or for granted.”