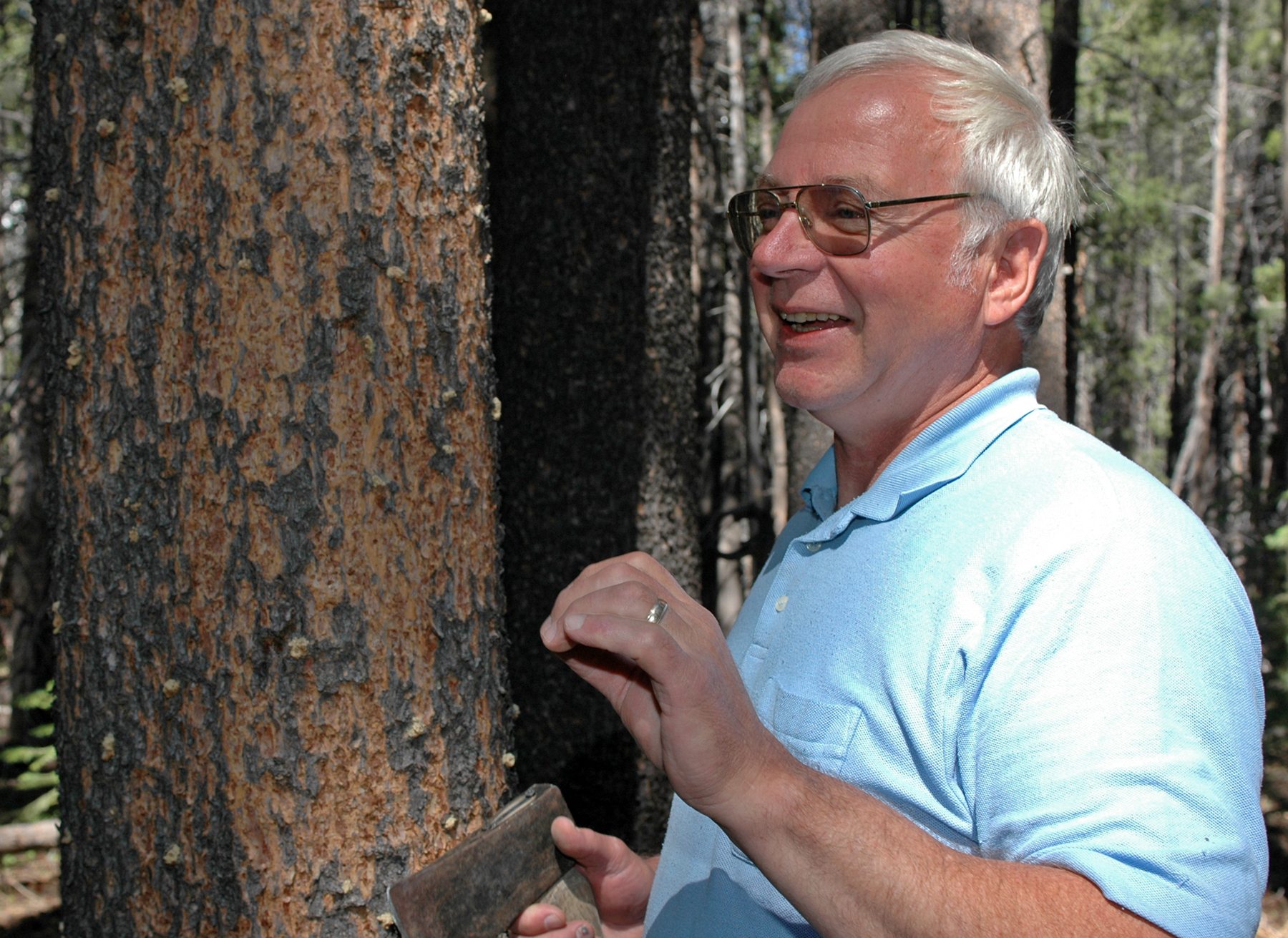 Gary Blomquist, recipient of the Entomological Socity of America’s Recognition Award for 2010 in Insect Physiology, Biochemistry and Toxicology, studies a bark beetle infestation in the Tahoe National Forest. Photo Courtesy of University of Nevada, Reno.

Gary Blomquist, a professor at the University of Nevada, Reno, has won the Entomological Society of America’s prestigious Recognition Award in Insect Physiology, Biochemistry and Toxicology. He was honored at the Society’s annual meeting in San Diego Sunday.

Each year a highly-qualified individual who has contributed significantly to entomological research is accorded this national award. The award, established in 1996, recognizes and encourages innovative research in the areas of insect physiology, biochemistry, and toxicology. Blomquist was presented with $1,500 and an inscribed plaque.

“It’s a great honor to be presented with this award,” Blomquist said. “It gives recognition to the outstanding research this University conducts.”

His main areas of research include pheromone production in bark beetle, insect hydrocarbons and fatty acid metabolism in insects.

Blomquist has been with the University of Nevada, Reno for 34 years and for the past nine years as Biochemistry and Molecular Biology Department chair in the College of Agriculture, Biotechnology and Natural Resources. Blomquist has mentored 20 postdoctoral associates and 24 graduate students.

He has served as the president of the International Society of Chemical Ecology and is currently on the editorial board of four journals. He has been awarded the University of Nevada’s Outstanding Researcher Award and the Nevada System of Higher Education Regents Research award.

Blomquist is also one of 10 people named an Entomological Society of America Fellow this year. This recognition is to individuals who have made great contributions to the study of entomology.

He has also been elected a Fellow by the American Association for the Advancement of Science, and was awarded the Maurice O. Graff Distinguished Alumnus award by the University of Wisconsin–La Crosse.