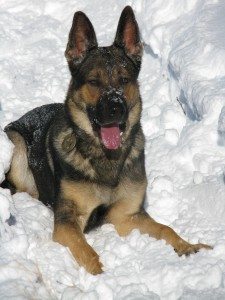 The Washoe County Sheriff’s Office, with the assistance from the Reno Police Department, located a suspect who led a Sheriff’s Office Deputy in a pursuit in the Sun Valley area and eventually fled into Panther Valley. 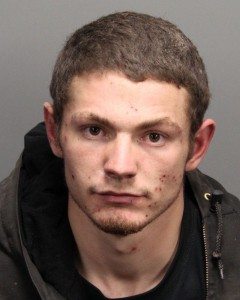 A Washoe County Sergeant requested the Sheriff’s Office K9 Team to respond.  A K9 Team arrived and was deployed.  Within five-minutes the K9 Team located foot tracks heading south just below the railroad tracks.  Approximately nine-minutes from deployment, the K9 Team apprehended the fleeing subject who was attempting to hide and evade arrest by concealing himself in dense brush.  The subject immediately surrendered to the K9 Team.  The subject was taken into custody and identified as Robert Jake Allen.