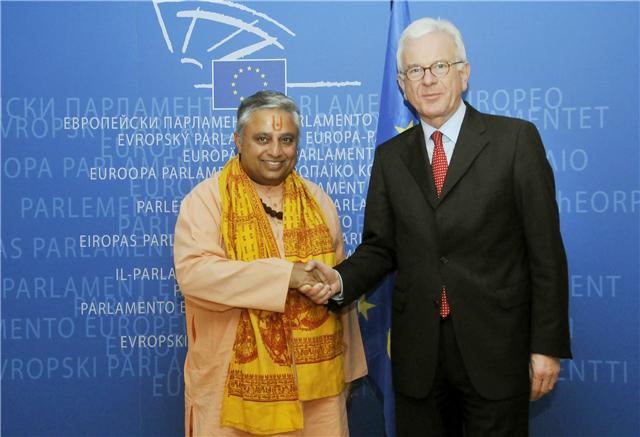 Religious statesman Rajan Zed, who is based in Reno, has been honored by Nevada Governor Jim Gibbons with a certificate for his work in interfaith dialogue.

The certificate of appreciation signed by Gibbons and presented to Zed, who is president of the Universal Society of Hinduism, states, “For exemplary service in building a dialogue between the various faiths in Nevada and around the world; for building unity and creating awareness about the diversity of our state; and for sharing those messages on behalf of the state around the world.”

Zed has taken up Hindu, interfaith, religion, environment, Roma and other causes all over the world. He is one of the panelists for “On Faith,” a prestigious interactive conversation on religion produced by The Washington Post, and has been bestowed with the World Interfaith Leader Award. He is senior fellow and religious advisor to the New York-headquartered Foundation for Interreligious Diplomacy, director of interfaith relations of Nevada Clergy Association and spiritual advisor to the National Association of Interchurch & Interfaith Families.