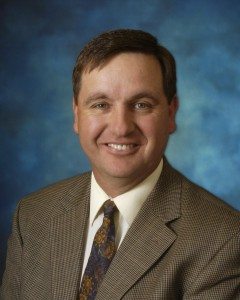 “I have enjoyed my time serving as chairman of the Nevada League,” said Murray. “We have experienced difficult economic times in the U.S., and in Nevada, but our credit unions have proven resilient and still willing to help their members. One of my goals as board chairman was to continue our strong advocacy on behalf of credit unions, demonstrating how they add value for Nevada’s consumers. And, I’m very proud of the work we have done in this area.”

First elected chairman in 2008, Murray served two consecutive terms in the position. He also represented the credit union industry at a Financial Crisis Inquiry Commission field hearing, which gathered evidence for its investigation into what caused the country’s recent financial crisis and recession.

Murray has served in the financial services industry for more than 20 years. Prior to beginning his career in public accounting and receiving his C.P.A. designation in 1985, he received a Bachelor of Science degree in business administration in 1982 from California State University, Sacramento. In 1995, he graduated from Western CUNA Management School, one of four regional schools for advanced education and training of credit union management professionals sponsored by state credit union leagues. In 2005, he was also appointed to the Credit Union Advisory Council for the State of Nevada by Governor Kenny Guinn.