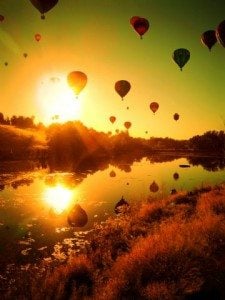 (RENO, Nev.) – Judges gathered in October to take on the difficult task of selecting the winners of the 2010 Great Reno Balloon Race photo contest, sponsored by Reno.com.  Nearly 900 amateur photos came from throughout the country, but the first-place winner, John Emerson, calls Sparks, Nev.  home.

Emerson won a free balloon ride at the 2011 Great Reno Balloon Race and an official 2011 Balloon Race jacket for his photo, a display of hot-air balloons reflected in a pond at Rancho San Rafael Regional Park with a warm flood of sunlight shining through.

Second-place was awarded to Kenneth Parkhurst of El Dorado Hills, Calif. for his Mass Ascension photo, which captured the launch of the first balloon carrying the American flag as the National Anthem was sung in the background.  Parkhurst will also receive an official 2011 Balloon Race jacket. The third-place winner, JeanMarie Dimmick of Reno, Nev., captured a fun image of her shoes in the air with balloons decorating the sky. Dimmick will be awarded $50 in Balloon Race souvenirs.

To view more photo contest entries, visit www.reno.com/balloonphoto.  For more information on the event, or to become a sponsor of the 30th Anniversary Great Reno Balloon Race in 2011, call (775) 826-1181 or visit www.renoballoon.com. 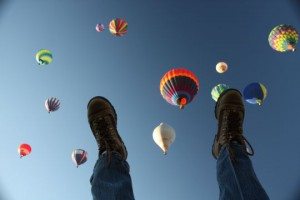