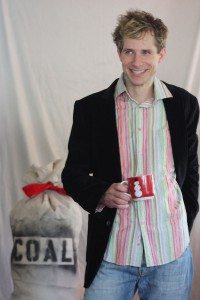 Join Reno Concerts in celebrating the season with contemporary pianist Jason Farnham. Jason plays a great blend of his signature arrangements of holiday music and soul-soothing original compositions. The show is non-stop entertainment. Jason is known as the “chameleon artist” because he performs so many musical styles in one show! Romantics everywhere love Jason’s hit “When” or his novel arrangement of the Irish haunting melody “Be Thou My Vision”.  In addition to masterful playing, audiences are charmed by Jason’s witty and comical commentaries between the pieces.

Raised in Canton, Ohio, Jason Farnham began playing the piano at the age of four. He studied piano with numerous teachers and was classically trained. Later in high school and his college years at Ohio University, he began crafting his own style of music. Jason and his wife Lisa moved to Los Angeles in 2006, where he has been involved in numerous projects.
As a diverse composer and songwriter, Jason’s music has been used in soundtracks of films, ballet productions, and magic productions. Jason appeared as a pianist in an episode of “Queen Bees”, which aired Fall 2008 on Nickelodeon. Jason keeps strong ties to Northeast Ohio, and “Good Morning Cleveland” Channel 5 ABC did a feature story about his world peace song and viral youtube video “Love Around The World”. (http://www.youtube.com/jasonfarnham). His song “Morning Coffee” was featured on American Airlines In-Flight Listening system for the month of January 2009 (Filter Magazine Channel), and his song “Rock Star” was placed in the 2009 feature film, “American High School”.  Jason has also composed tracks Oprah’s No Phone Zone campaign, Studio 51 and Harpo libraries.

Whether it’s his ability to connect with the audience on a personal level or the way he creates a variety of emotions through his music, Jason has a true gift of taking audiences along on his picturesque musical journey. http://www.jasonfarnham.com/

Tickets are $22 (include light refreshments)

BABY: The Essential Pregnancy Album – Jason’s brand new 2010 album
Emotionally charged, honest, and moving, it is a new cinematic concept on the baby or pregnancy album… The melodies swirl and dance just like the rich blue tones in the abstract paintings on the cover and tray art.

LOVE AROUND THE WORLD: A celebration of cultures and a call for world peace through an innovative balance of rock, pop, electronic, and world landscapes.

KIMONO: Japanese-influenced instrumental album. The ten pieces on Kimono were written to depict the kimono landscapes of Itchiku Kubota.

“Farnham’s ‘Winter in L.A.’ truly sounds like the first snowfall of the year coming down, and because it’s in a major key, it also has that Los Angeles sunny quality to it.” -Chris Glaser, Cleveland Scene Magazine

“Whenever I need to book a great artist for one of my events, I always book Jason first.
-Lindsey Rowe, Public Relations, Norm Marshall & Associates Inc, Entertainment Marketing

“We were just totally lucky to have him grace us with his talent and presence.”
-Peter Samuelson, Founder and President, First Star

“Farnham’s arrangement of ‘Be Thou My Vision’ is quite different from any I’ve heard. It’s deep bass rhythm and having each verse become a variation on the theme are both effective and stirring!”
-Kathy Parsons, Music Reviewer, mainlypiano.com

By becoming a Reno Concerts member you help: