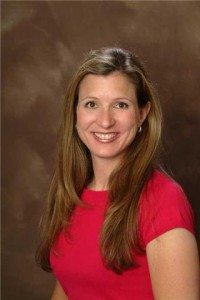 Ardito owns Julie Ardito Public Relations, a multi-faceted public relations and marketing firm that serves a diverse group of companies providing strategic and creative services that achieve results and a return on investment.

Ardito is active within the Greater Reno-Tahoe community serving on the board of WIN in a variety of capacities including her current role as past president.  Ardito also served on the Donald W. Reynolds School of Journalism Professional Advisory Board and the University of Nevada Alumni Association in which she was president in 2006.  She is also a past recipient of the Sierra Nevada Chapter Gold Spike Award for advancing the public relations profession and for community involvement.

For more information regarding the APR process or the Sierra Nevada Chapter of PRSA, log onto www.prsareno.org.

The Sierra Nevada Chapter of PRSA was established in 1984 by a dozen public relations practitioners in northern Nevada. It was the second PRSA chapter in the state, complementing an older chapter based in Las Vegas and aimed at providing public relations practitioners in northern Nevada and the Lake Tahoe area with a closer professional connection to each other and to national public relations activities. The Chapter has been recognized as a leader in PRSA from its beginning. Formal recognition of that leadership was accorded in 1995 with the national “Best of Chapter Excellence” award. The Chapter is active in professional development for its members and community-service service programs for organizations without formal public relations departments. It maintains a close working relationship with the Theodore E. Conover Chapter of the Public Relations Student Society of America (PRSSA) at the University of Nevada, helping the student organization toward a number of regional and national awards.