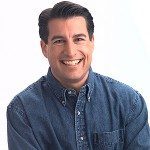 Brian Sandoval today announced that state government caseloads and student enrollment are flat and said the state can no longer sustain ever-increasing budgets.

“Since 2007, Nevada’s population has declined by almost 3 percent while state spending has increased by 38 percent,” Sandoval said.  “It is time for a fundamental correction in how we build the state budget. For as long as anyone can remember, we have created the state budget by using the prior two years as the baseline and simply increasing spending.  For many years this method worked; growth was constant and there was always more money available.  The recent economic downturn, however, has changed our state revenue projections to such a degree that we must completely rethink how we budget going forward.”

Describing his plan for bringing state spending in line with available revenues, Sandoval said that most Nevadans don’t know the Legislature has operated under the false assumption that increased population and increased caseloads will make future spending increases necessary.  The facts do not bear that out:

“Population is down and caseloads in almost every category are flat, yet we continue to spend more each year and some are calling for increased taxes in the face of the worst economic recession of our time,” Sandoval said.  “Medicaid caseloads have increased significantly, and we must meet that need.  However, Nevada’s current level of institutional spending is unsustainable, and needs to end.  We must change the way we budget by beginning with the amount of money we have, not with the money we spent two years ago.”

Sandoval said the latest revenue projections indicate that the state will have $5.2 billion to spend in the coming biennium.  In 2007, the state spent $5.8 billion but spending has since grown to $8 billion.

As governor, Sandoval will:

“I believe in the resiliency of Nevada and our economy and times will get better,” Sandoval said.   “It is important that we plan for that recovery and take steps to ensure we are able to more adequately fund our most important priorities in the future.  We will fund agencies based on caseloads, population and demand – not the prior year’s personnel costs and desired increases.  We can no longer just increase budgets year after year if receipts and caseloads are not there.  Nor can we raise taxes to sustain spending levels that are simply out of line with population and caseload.  We have to protect Nevada families and businesses from higher taxes so we can get Nevadans working again.”

The case for a fundamental budget correction

Although Nevada’s population has actually declined since 2007, and a number of key caseload indicators are either flat or declining, state spending has increased dramatically.