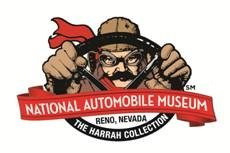 Two popular exhibits at the National Automobile Museum, The Harrah Collection, in downtown Reno will conclude their run on Mon., Oct. 11th.  It’s your last chance to see these delightful, interesting and conversation stimulating exhibits.

Visitors have been enjoying a Masterpiece Exhibit focusing on the Motoring Tourist: National Parks Adventure. Many say they found the camping gear popular in the early 1900s which is displayed in the exhibit both interesting and “ahead of its time.”

It’s not too late to see the incredible role the automobile played in shaping how we use our free time to play and enjoy nature.

You can still discover the role the 1910s automobile-loving public played in the creation of a National Park-to-Park Highway, a 5,000-mile scenic loop through 11 western states, connecting 12 national parks.

Automobiles connected man and nature like never before and national parks allowed them to mingle. National parks embraced the motoring tourist and suppliers of car camping gear clamored to meet the needs of the traveling public.  All of this is illustrated in the National Automobile Museum’s Masterpiece Exhibit until Oct. 11.

WW I Gets Motorized in the Changing Exhibits gallery is the second exhibit to conclude Oct. 11.

Since the dawn of organized warfare, the principle means of military transport was on the backs of men and animals or wagons drawn by them.

World War I changed that.  See the 1917 Locomobile Model 48 staff car ordered for General John J. Pershing’s use.  The General would travel by train to the battlefield with Locomobiles on board the train with him. The Locomobile would be unloaded from the train and the general would then ride in the car to get closer to the battle.

Visitors will also see a 1916 GMC WWI ambulance in the exhibit along with the personal treasures of a young WWI sailor – a poignant reminder of the youth who have fought our battles for freedom.