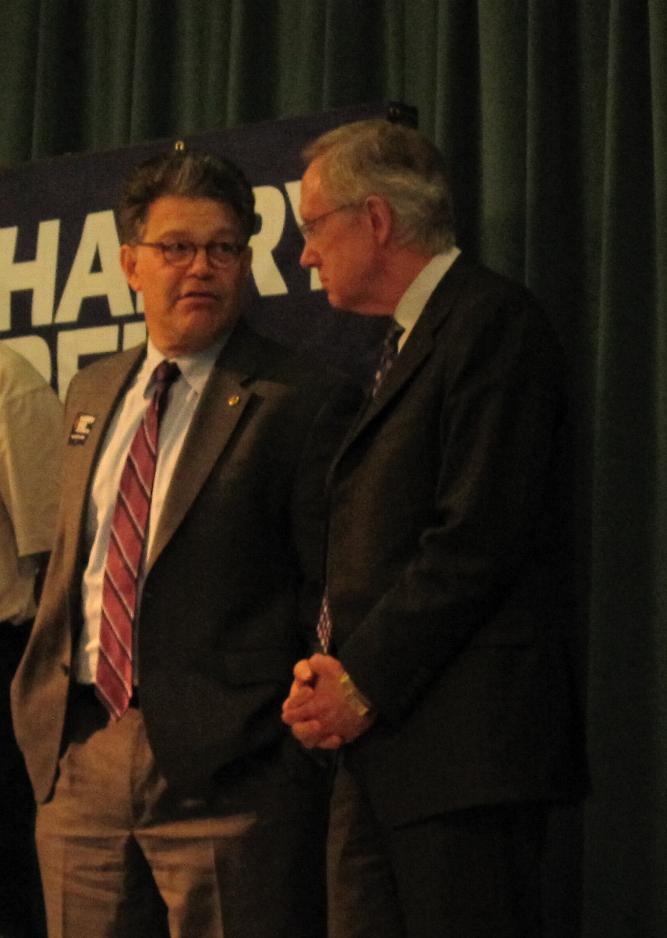 “Never before has labor put in so many hours to get our friends elected,” Todd Koch, president of the Building and Construction Trades Council of Northern Nevada, said. “The members of our unions want nothing more than to go to work.”

Danny Thompson, executive secretary-treasurer of the Nevada State AFL-CIO, said, “I think we’re gonna turn this thing around and send Harry Reid back to the Senate.” He introduced Franken as “a guy who knows a little about close elections.” Franken said he won his Senate seat by 312 votes, or less than one hundredth of a percent. 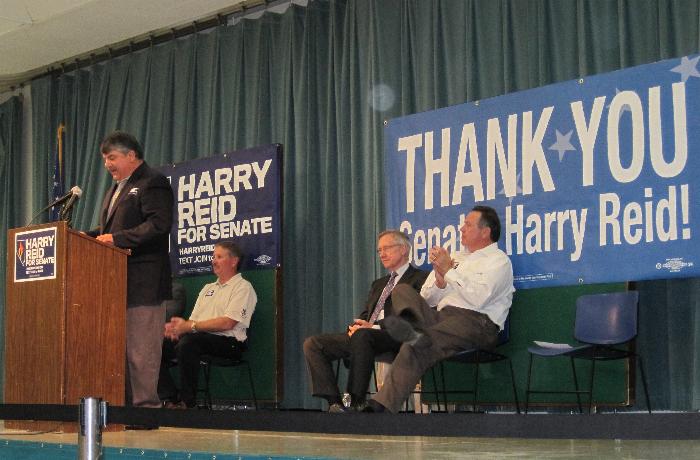 National AFL-CIO Richard Trumka drew laughs and cheers when he said, “Let’s make this the most expensive race the party of no ever lost.” 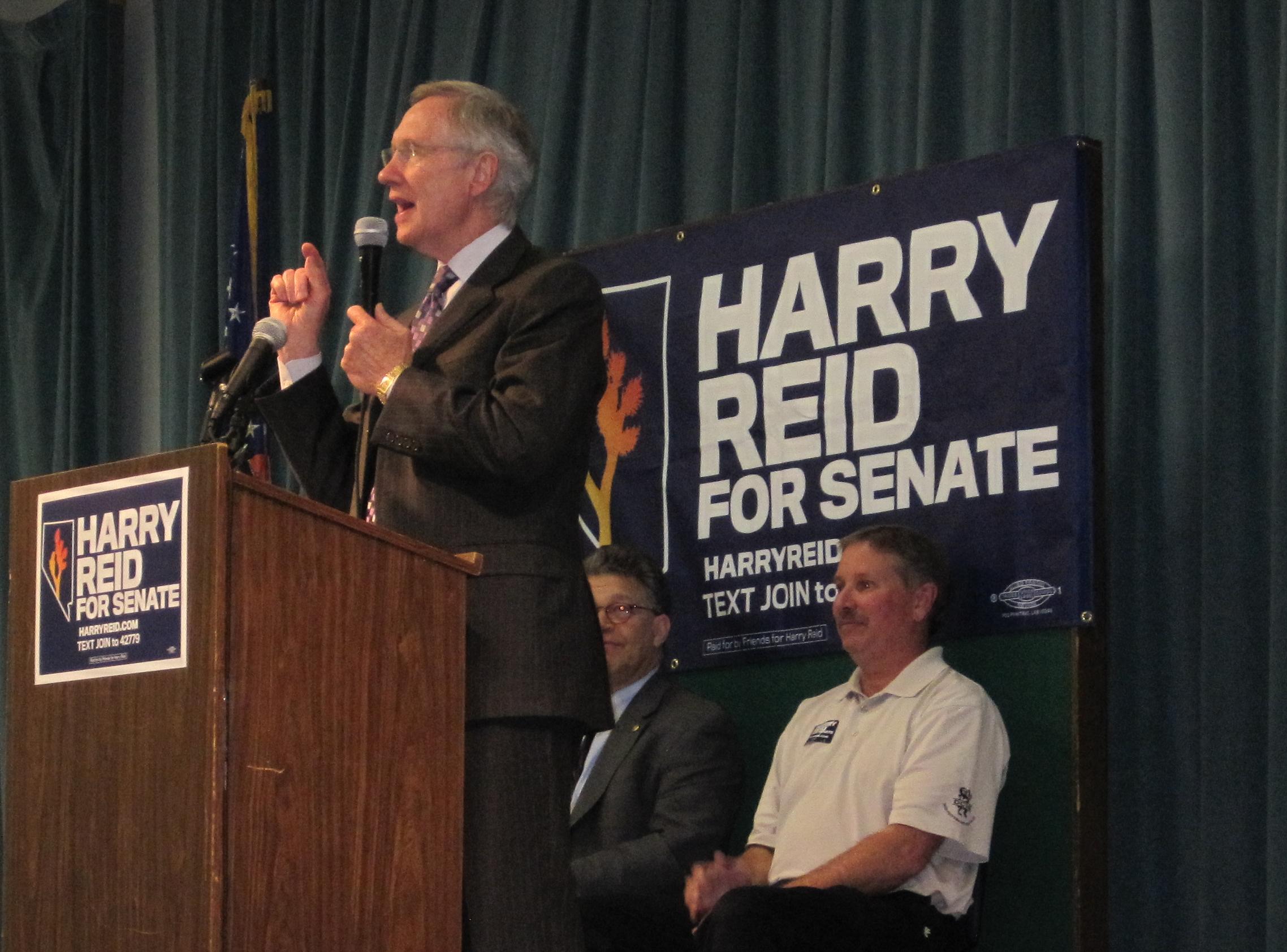 Reid touted health care reform and said it meant unions no longer have to negotiate for more money for the insurance companies. He also said his number one responsibility is “jobs–good jobs.”

The theme of the evening was “six more days” as union members were praised for their get-out-the-vote effort and urged to keep it up until Election Day. The evening ended with attendees using their cell phones to call other union members and urge them to vote.