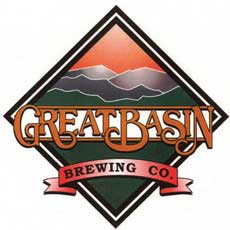 Great Basin Brewing Company, Nevada’s oldest operating brewery, will celebrate the opening of its Reno location with an eclectic parade – perhaps the West’s shortest – starting at 2 p.m. Saturday, Oct. 23 at the McCarran and S. Virginia location to benefit the UNR Marching Band, UNR Music Scholarships and the Food Bank. The spectacle will feature participants ranging from the ridiculous to the sublime.

Marching Band – will be created by Kreg Mebust and be auctioned off with proceeds going to the UNR Band and UNR Music scholarship funds. Continuous art will also be presented by Great Basin’s resident artist and server Daniel O’Farrell.

Revelers are encouraged to bring at least four food items for the Food Bank and will be rewarded with a tasty pint of Great Basin brew or soda. The event will also feature a new mural unveiling by local artist and project architect Larry Henry, beer trivia games for Great Basin swag, brewery tours, and free beer and food samples.

The brewery will also unveil a new beer– Road Cone Delirium – a good-natured toast to the construction maze around the brewery property.

The Reno restaurant and brewery is the second outpost for owners Tom and Bonda Young who have been brewing exceptional, award-winning ales and lagers in neighboring Sparks for more than 16 years. Along with general partner Camille Prenn, Great Basin opened the doors in Reno this summer and is ready to celebrate this new addition more grandly on Saturday at 5525 So. Virginia St. at the McCarran intersection; joining Best Buy, Barnes and Noble, Petco and Macaroni Grill as neighbors.

This all-local business effort expanded employment in Northern Nevadan by creating 85 new jobs and increased Great Basin’s brewing capacity by almost four times. Also available is traditional fine casual dining that locals have enjoyed at the Sparks location, but with the addition of pizza. Brewmaster Tom Young reflects that “It is about time to step forward and start to put our economic woes behind us. We might be small, but small businesses throughout Nevada will pull us through and raise the bar – in this case, one pint at a time.”

Great Basin Brewing Co. is Nevada’s oldest operating and most award-winning brewery having won numerous medals at both the prestigious World Beer Cup and Great American Beer Festival. The restaurant and brewery has also been named “Best of Reno” in numerous reader polls in the Reno Gazette-Journal, Reno News and Review and Nevada Magazine. Great Basin Reno can be reached at 775-284-7711 and Sparks at 775-355-7711 for further information.