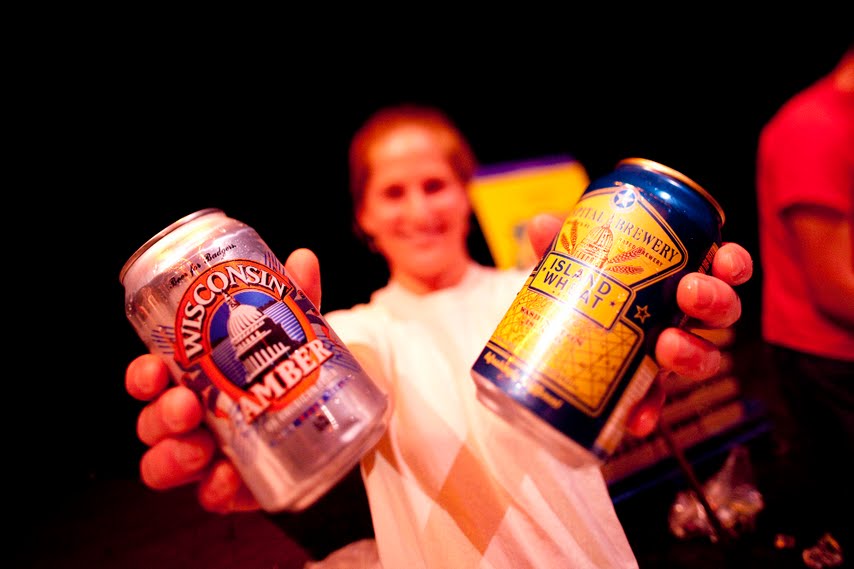 CANFEST, the world’s first international canned beer festival, is a proclamation that canned beer is no longer about mass brewed beer. Craft brewers like event organizer Buckbean Brewing and others such as Anderson Valley Brewing and 21st Amendment are reclaiming the can, proving to the public that some of the world’s most unique pairings of hops and malts can now be found in the next generation of canned beer.

CANFEST will showcase the heavy hitters of canned microbrewing at the Grand Sierra Resort and Casino’s Silver State Pavilion for the second straight year on October 9th. Tickets are on sale for the event now.

“CANFEST gives beer lovers the chance to jump between tasting Minnesota IPAs, West Coast unfiltered Porters and Hawaiian blonde ales made with Munich malts — all under one roof,” said Doug Booth, co-founder of Buckbean Brewing, which is organizing the event. “And once people learn that all of that beer comes in a can, people’s perception of canned beer will be blown apart.”

The beer fest is made possible by event sponsors That Can Holder, Hi-Cone/Mumm Products, Ball, Digiprint, Wild 102.9, Abbi PR,  and Bourns Productions. A portion of the proceeds from the event will benefit The Nature Conservancy and the Great Basin Bird Observatory.

CANFEST will feature Buckbean Brewing’s newest promoters, the beautiful and knowledgeable Noddy Girls, and a raffle will award prizes such as a can of beer from every brewery represented at the festival and a That Can Holder beer holder.

Buckbean Brewing, the largest production microbrewery in Western Nevada, founded CANFEST last year to celebrate the benefits of canning beer. Long regarded as a symbol of inferior beer, the can has come into its own in recent years as beer drinkers realize that cans offer superior protection from sunlight and oxygen infiltration, and the containers are much more portable and environmentally friendly than their glass counterpart. In 2002 the first microbrewery began canning craft beer; today over 52 microbreweries offer their brews in a can, according to the Brewers Association.

Buckbean started canning unique microbrews in Reno in 2008. Their beer — from a crisp, dark German Schwarzbier called the Black Noddy Lager to the summertime favorite Original Orange Blossom Ale — represents co-founders Doug Booth and Dan Kahn’s outside-of-the-box thinking on everything from brewing ingredients to the container the beer is packaged in — 16-oz. beer cans.

Tickets purchased online prior to the event are $30, tickets purchased at the door will cost $35 To purchase tickets online go to http://www.grandsierraresort.com/entertainment/calendar/canfest-renos-international-canned-beer-festival/