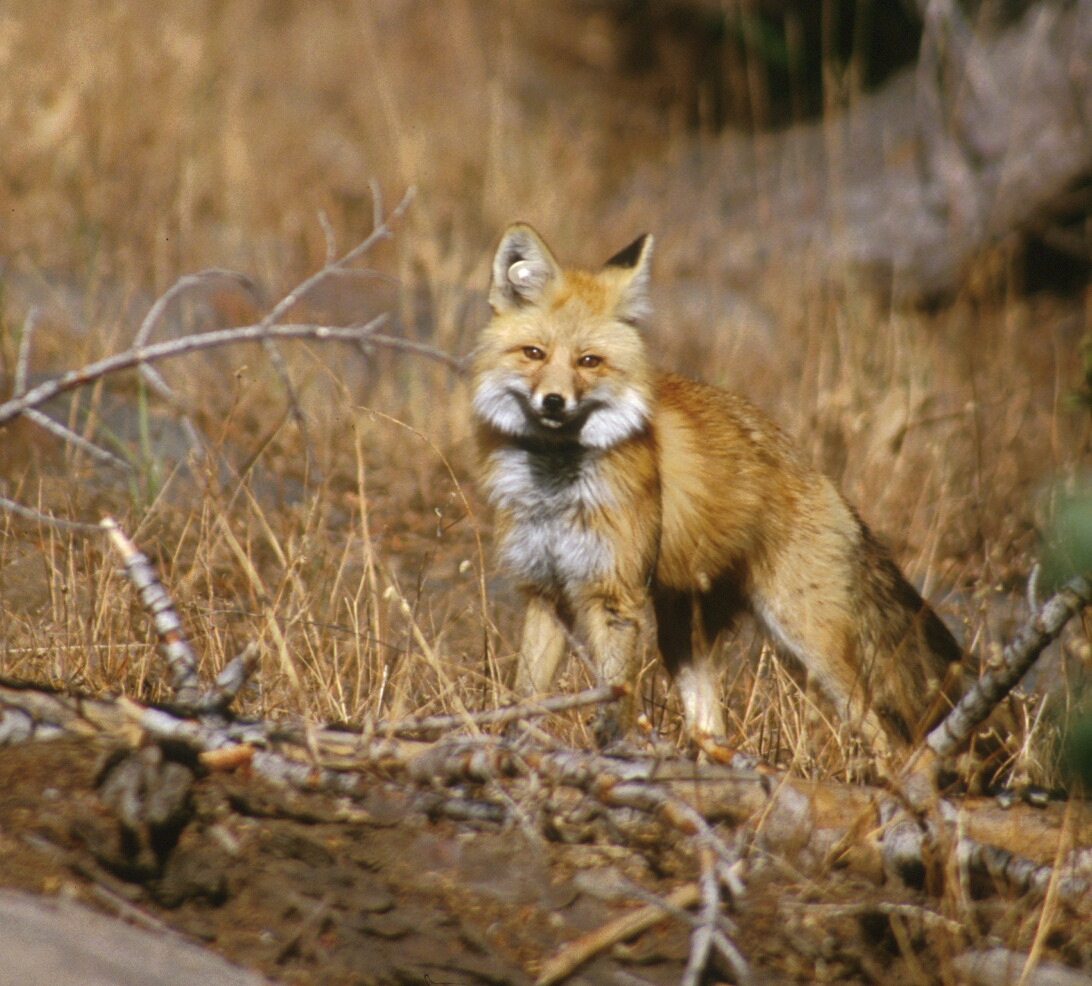 The Forest Service today announced the recent sighting of a Sierra Nevada red fox (Vulpes vulpes necator), in the area where the Humboldt-Toiyabe and Stanislaus National Forests and Yosemite National Park come together.

This summer, the Forest Service has been conducting monitoring activities with motion sensitive cameras to detect the presence of the elusive fisher and pine martin, two forest carnivores known to frequent the High Sierra.

While checking photographs on August 11, 2010, Forest Service wildlife biologists, Sherri Lisius, from the Humboldt-Toiyabe National Forest, and Adam Rich, from the Stanislaus National Forest, identified a photo believed to be that of a red fox.  Surprised by what they saw, the Forest Service biologists consulted with California Department of Fish and Game (CDFG).  The only known population of Sierra Nevada red fox occurs in the Lassen Peak region – about 150 miles to the north.

Recent survey efforts by CDFG in the Sierra Nevada have failed to detect red foxes south of the Lassen area, making the Forest Service detection significant.  “The last known sighting of a Sierra Nevada red fox in the Sonora Pass area was sometime in the 1920s,” said Mike Crawley, Bridgeport District Ranger.  “Needless to say, we are quite surprised and excited by this find.”

The Sonora Pass population of the Sierra Nevada red fox carried a genetic signature seen previously only in museum specimens collected before 1926.  Analysis of hair found on the tree supporting the motion sensitive camera allowed UC Davis veterinary geneticists to identify it as originating from a Sierra Nevada red fox, distinct from the Lassen Peak population.

Wildlife biologists from the Forest Service, CDFG, and the University of California, Davis, will set-up additional monitoring stations to gather more information on the presence of Sierra Nevada red fox in the area of Sonora Pass.  Learn more about this release by contacting Humboldt-Toiyabe National Forest Public Affairs Officer, Christie Kalkowski, at 775-355-5311.