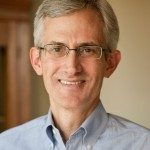 LAS VEGAS–Rory Reid fired the first shot and went on the offensive during the first joint appearance by candidates for governor today at a Las Vegas event hosted by the Nevada Subcontractors Association.

Reid threw out the format and called Brian Sandoval to the podium, challenging his opponent to answer spontaneous questions from the audience.

“Nevadans want a real debate about the issues,” Reid said following the event. “I was happy to finally see Brian Sandoval in public, so the time felt right to set aside the speeches and have a conversation about creating jobs, reforming our struggling education system and rebuilding our economy.”

Sandoval has been ducking, dodging and hiding from debates for several months. While Reid has agreed to a series of 12 debates, Sandoval has accepted only one.

The candidates also gave brief prepared remarks at the event. Reid addressed his experience and his plans to create jobs and transform Nevada’s struggling economy. Sandoval used his time to read his own resume, talking only about the jobs he himself has held, and quit. The Republican candidate offered no comments about what his approach might be to create jobs or address the plight of the more than 14 percent of Nevadans who are currently out of work.

In comparison, on the day he launched his bid for governor, Reid offered a 30-page plan aimed at creating jobs and diversifying Nevada’s economy. Sandoval has offered no plan for Nevada’s future and brings no experience in job creation or economic development.

“Brian says he’s satisfied with our business climate,” Rory said in his speech. “And yet CNBC’s survey of CEOs and business owners rated Nevada 47th among all 50 states. Well I’m not satisfied. Business climate is about more than just our tax code. It’s about infrastructure, the quality of our education system, the training of our workforce and the quality of life we offer. We need a governor with proven experience and a plan of action.”

• As county commissioner, Reid balanced a budget bigger than the state’s for eight years–without raising taxes.

• Reid has prioritized millions of dollars in capital projects to create jobs today and build the infrastructure we need for business to flourish.

• Reid has worked to streamline government processes like licensing and plans check to ensure projects can move swiftly.

Reid’s plans for job creation and economic development include:

• Working with private industry to expand shipping and logistics.

Reid is the only candidate for governor to offer solutions for today and a plan for Nevada’s future success–supporting strong schools for a stronger economy. For more information about his campaign or to download his plans, visit Rory2010.com.