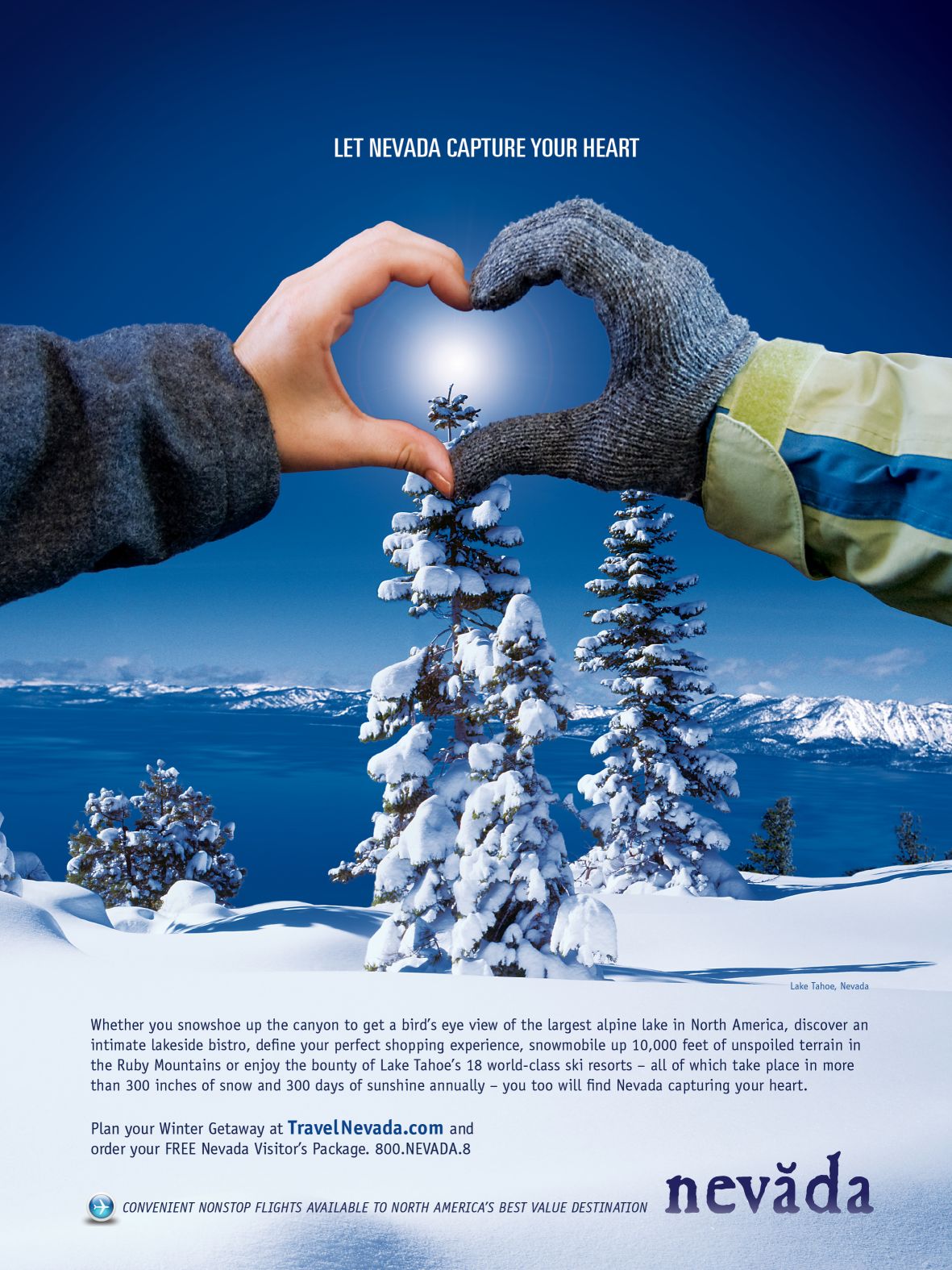 “Our ad campaign reached a carefully targeted group of consumers with the means and desire to travel and convinced them to visit us,” Krolicki said.  “In the face of a national economic downturn, NCOT’s winter and summer ads attracted visitors who spent money in Nevada that generated $110 million in tax revenue directly attributed to the ad campaign, a greater return on our investment than ever before.”

Every $1 that NCOT invested in the ads generated $31 in tax revenue.

“We ran a thrifty campaign aimed at our most responsive and proven markets and got our message to the right people,” NCOT Director Dann Lewis said. “We also integrated the media to include television, Google In-stream video, Internet advertising and national travel magazines, a combination that helped increase our return on investment. It was a prescription for success and we’re gratified to get such good-news results for Nevada tourism.”

Key to the campaign’s remarkable achievement was using new technology and strategies to pinpoint only specific markets where consumers were most likely to respond to travel ads, rather than advertising across entire regions, Lewis said, noting that NCOT invested $3.5 million for the entire year’s campaign, 30.6 percent less than in 2009 because of budget reductions.