More than 15,000 people joined the National Marrow Donor Program registry as a result of drives conducted for Vinodkumar Challagundla, a Northern Nevada man with myelofribrosis, after he appealed for help in March. Now Challagundla has announced the best possible news: “National Marrow Donor Program doctors identified a potential donor for me and [the] donor is willing to donate marrow/stem cells.”

The 35-year-old father of two will be leaving for the Seattle Cancer Care Alliance/Fred Hutchinson Cancer Research Center Sept. 1 for the marrow/stem cell transplant procedure. Treatment updates will be posted on www.savevinod.com.

Doctors are looking for a backup plan for Challagundla, so he urges anyone who is contacted by NMDP saying he or she is a potential match for a patient to proceed. If a person agrees to donate, less than 5 percent of his or her bone marrow will be removed with a needle under general anesthesia at no cost to the donor.

“It proved again my strength is my friends,” Challagundla said. He said he also is grateful to NMDP, South Asian Marrow Association of Recruiters, Asian American Donor Program and Asians for Miracle Marrow Matches for their help with the drives.

Challagundla would like to urge future parents to take advantage of cord blood banking. “It is the best thing we can do as a preventive measure, “ he said. “If you want to save your newborn baby’s cord blood in a private cord blood bank for your family’s personal use, you need to pay money. But if you save cord blood with NMDP for public use, it is absolutely FREE!” 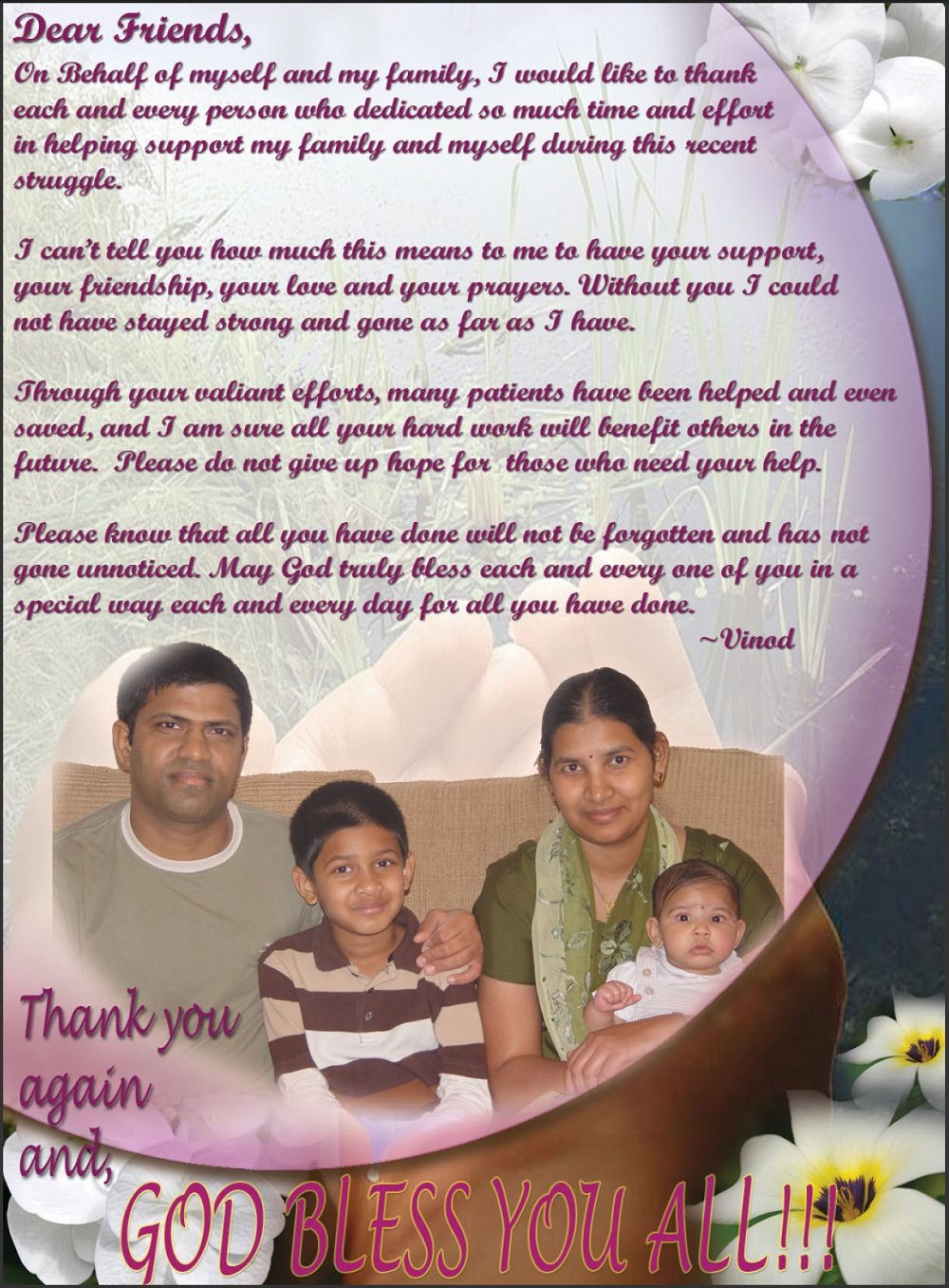