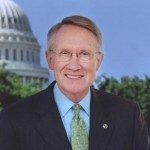 WASHINGTON, D.C.—Sen. Harry Reid made the following remarks at a press conference today following a cloture vote in the Senate to extend unemployment benefits to millions of Americans. Below are his remarks as prepared for delivery:

“You’ve heard us talk for weeks about the importance of extending unemployment insurance for millions of out-of-work Americans.

“You’ve heard us make the moral case for helping those who need it most–people like those I meet in Nevada who desperately try to find work, but until they do, can’t make their house payments and can’t support their families.

“And you’ve heard us make the economic case–that is, every time $1 goes out in unemployment benefits, $1.61 comes back into the economy. It’s a good investment and it speeds up recovery.

“We’ve talked about it for so long because the other side stood in the way for so long.

“Today was the eighth time Republicans overwhelmingly said ‘no’ to America’s unemployed.

“The only difference is that today, we finally had exactly enough senators who wanted to say ‘yes.’ I’m grateful to Senators Snowe and Collins, and the people of Maine should be proud of their senators today.

“We’re happy to have Senator Goodwin here, and I know he was eager to cast his first vote as a United States Senator for this urgent, important measure for our nation.

“But it shouldn’t take a supermajority to help families afford the bare necessities while unemployment is rising. It shouldn’t take the slimmest of margins to do what is right.

“We’ve seen our constituents fight through this crisis. They haven’t given up, so we couldn’t give up either. That’s why we kept pushing, and that’s why we’ll keep fighting for them.”