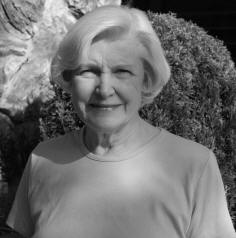 Cafferata’s talk will explore the history of Nevada’s 20 state treasurers from 1864 and their unique backgrounds. While most of the treasurers were honorable people, a few embezzled money from the treasury. Learn details about State Treasurer Eben Rhoades, who stole most of the money from the state’s general and permanent school funds in the 1860s.

Cafferata is an attorney who learned about Nevada’s state treasurers when she held the office in the 1980s. She served in the Nevada Assembly and as district attorney for Lincoln, Lander and Esmeralda counties. The author of five books on Nevada history, she writes a bi-monthly column on Reno history for the Reno Gazette-Journal. Her presentation is provided by Nevada Humanities, with support from the National Endowment for the Humanities, and NV Energy.

This free outdoor program is part of a speaker series offered by Nevada State Parks at the Dangberg Home Ranch Historic Park. Chairs and shade shelters are provided by the park. Visitors are welcome to bring lawn chairs and are encouraged to bring drinking water. No pets.

The park is located at 1450 Highway 88, one-half mile south of the Carson Valley Swim Center. A map and further information can be found at parks.nv.gov/hr.htm or by calling 775-783-9417.

The Dangberg Home Ranch Historic Park features several historic buildings constructed between 1857 and 1920, including what was once one of the most prominent homes in Carson Valley. The site was settled in 1857 by Carson Valley pioneer Heinrich Dangberg Sr.