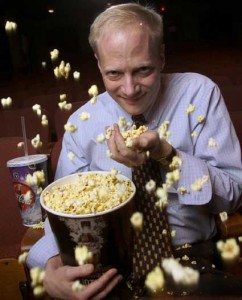 The lecture of Brain Wansink, nutrition author and a professor of Consumer Behavior at Cornell University, has been postponed from its original date of Thursday, July 22 to Monday, July 26 after he was invited to speak at the White House. The public is invited to the University of Nevada, Reno to hear Wansink talk about his research on how advertisements, portion size, packaging, and personality traits influence what and how much we eat.

Wansink wrote his book “From Mindless Eating: Why We Eat More Than We Think”to show people that individual tastes are not formed by accident. His book illustrates how people can eat less but enjoy eating more. And he doesn’t just work with individuals; your favorite restaurant may have already taken hints from his book.

Wansink has teamed up with the University’s College of Agriculture, Biotechnology and Natural Resources’ Department of Nutrition to discuss food choices, how the environment influences how much we eat and how we create environments that support healthful food choices.

“His research on consumption volume has won national and international awards for its relevance to consumers,” said Jamie Benedict, a CABNR associate professor of nutrition. “His research has been widely featured on network television shows like ‘20/20’, ‘BBC News’, ‘The Learning Channel’, all news networks and on the front pages of The Wall Street Journal and The New York Times.”

Wansink’s lecture now begins at 5 p.m., July 26 in Room 107 in the Mathewson-IGT Knowledge Center on campus.