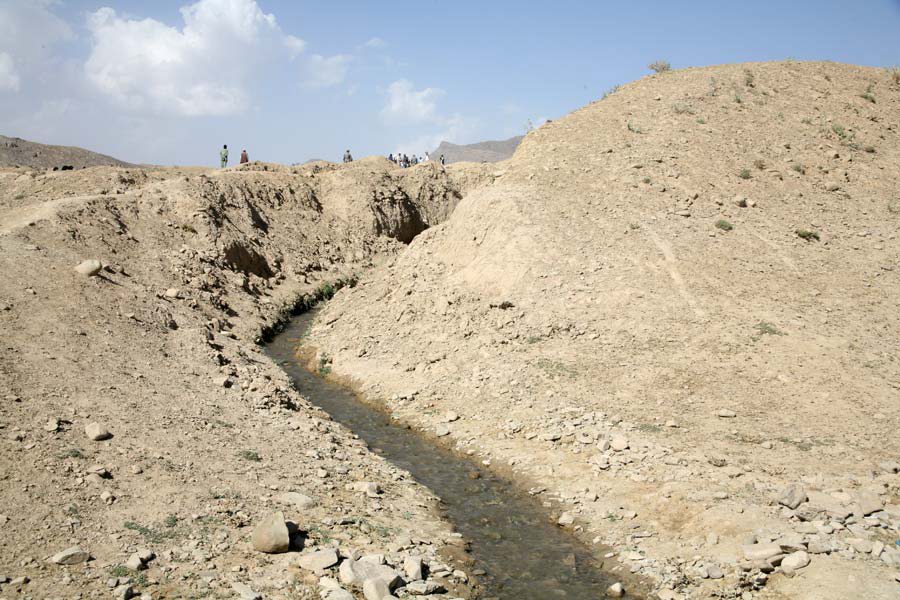 A group of 60 Nevada Air and Army National Guard members headed to Afghanistan to work with farmers will get some technical advice from the University of Nevada Cooperative Extension during their nine-month mission.

The National Guard’s Agribusiness Development Team is headed to the Logar Province southeast of Kabul in July to help rejuvenate the area’s crippled farming industry. Farming families in the relatively fertile valleys of the Logar River have been disrupted by 30 years of war, and the Afghan government is eager to see the decimated agriculture industry there revitalized.

“Our job is to help these farmers get back into production and in doing that help legitimize the Afghan government,” said Staff Sgt. Eric Ritter, a public affairs officer with the Nevada Guard who will be part of the mission. “After 30 years of war, many of these people need to regain the ability to grow the foods they were world famous for, like almonds and pomegranates.”

Although the team includes 11 experts on different aspects of agriculture, including irrigation, pest management, animal husbandry, forestry and veterinary science, they will be consulting with various university specialists back home in Nevada. Those experts include Sue Donaldson, a weed and water quality expert with Cooperative Extension in Washoe County; Bob Morris, a horticulturist and irrigation expert with Cooperative Extension in Las Vegas; and Wally Miller, a soils expert from UNR’s Department of Natural Resources and Environmental Science.

The Logar Province, where the U.S. military established a Forward Operations Base two years ago, has a climate very similar to Nevada, so the irrigation challenges and climatic influences on agriculture will be familiar to the UNCE experts.

“The similarities between the two areas will help us apply what we’ve learned about irrigation and growing things here in Nevada to the farms there in Afghanistan,” Donaldson said. “So when the team there runs into any questions or problems, they can contact us and we’ll help them work through any obstacles they encounter.”

A real challenge for the agribusiness team will be to help farmers utilize the equipment and techniques available to them. Farms there don’t have sophisticated equipment and technology, Ritter said, so the Nevada experts will be helping them grow things with methods they’ve used for hundreds or even thousands of years.

Morris has first-hand experience with that. He has traveled several times to Tajikistan, Afghanistan’s northern neighbor, as a volunteer for a nonprofit organization that helps developing countries around the world. He’s helped farmers there with drip irrigation of fruit and vine crops, and helped organize farmer cooperatives and water user associations.

“I enjoy being thrown a curve ball and having to figure out the best way to approach a particular problem,” said Morris, who traveled to Tajikistan under the United States Agency for International Development (USAID)-funded Farmer-to-Farmer Program. “It’s a mind challenge.”

Logar, one of 34 provinces in Afghanistan, is a relatively flat river valley surrounded by rugged mountains and laced with underground irrigation and canal works known as karez. Donaldson say the karez system in the valley has been heavily damaged over the years and needs to be cleaned out to restore the flow of groundwater to local fields. (See sidebar)

Ritter stressed that the National Guard will only be advising Afghan farmers. Afghan officials will initiate contact with farmers, and all the work will be done by Afghanistan people. Because of war and poor water management, the average amount of agricultural acreage per family in Afghanistan has been declining, and families often struggle to feed themselves.

The Pentagon sees efforts like this by Cooperative Extension and the Nevada Air and Army National Guard as essential to stabilizing the Afghanistan economy and returning the country to self sufficiency.

“In 2007 we realized you can’t win a war through guns alone; now it’s time to turn toward the heart and minds of the people,” Ritter said. “As Gen. Stanley McChrystal said, ‘We can’t fight our way out of Afghanistan, we have to farm our way out.'”