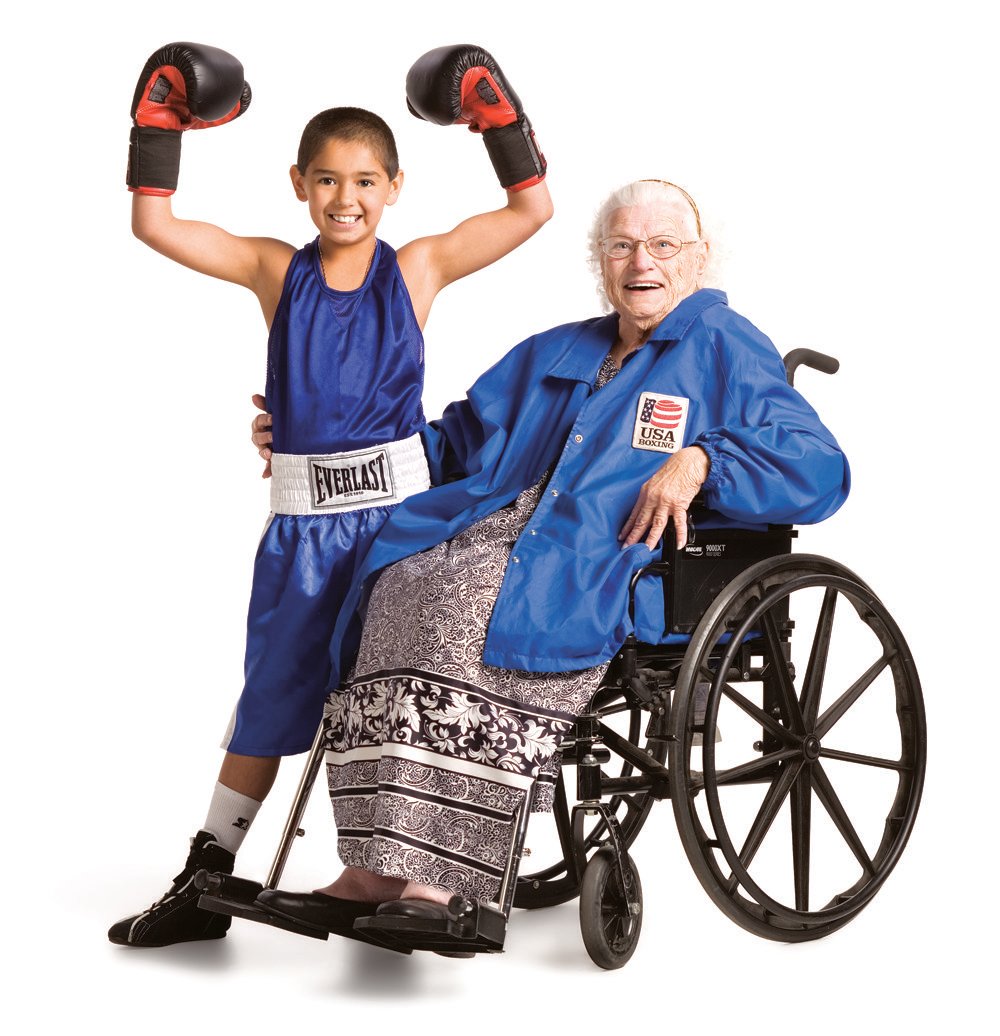 The Northern Nevada boxing community lost its matriarch with the passing of Thelma Tavares on Tuesday. She was 87.

Tavares, widow to Ray Tavares, ran the Reno Jets youth boxing program for three decades and even coached following her husband’s 1999 death. Most of that time, Northern Nevada’s premier youth boxing organization was run out of the Boys & Girls Club of Truckee Meadows’ Ninth Street facility. The gym, dubbed the Tavares Gym in memory of Thelma’s husband, has seen a countless stream of kids over the years, learning the game of boxing in a town that has become known for its boxing tradition.

“Even as she became older and more frail, she was here daily, working with kids,” he said. “Her and Ray had a commitment to kids that you have to admire.”

To say that kids were a part of the Tavares’ life may be like saying Mike Tyson is a decent boxer – an understatement.

After they moved to Reno from the Oakland, Calif. area, they became foster parents. And they didn’t just foster a few kids. More than 160 kids lived, at least for a short while, under the roof the Tavares’ 1,100-square-foot northwest Reno home, including Bob Tavares, whom the couple adopted.

“It’s really amazing,” said Lisa Tavares, Bob’s wife. “Hundreds of kids have been affected by the Tavareses. It seems like everywhere that Thelma went, someone was coming up to her and saying ‘Do you remember me?’ They were usually boxing students or foster children.”

The Reno Jets club started modestly, also run out of the Tavares home – mostly the garage and backyard. Before they had proper facilities, kids could be seen shadow-boxing or throwing the medicine ball around, all under Ray and Thelma’s watchful eye.

The Jets quickly outgrew that space and after a couple other spaces moved into the Club, an association that has continued to present-day. Ray was the program’s head coach, mentoring notable fighters such as Bo Glover, Cedric Ferguson, Calvin Davis and Larry Ware, to name a few, while Thelma ran the business, set up matches and promoted fighters. For years she also registered all local fighters for USA Boxing.

Thelma was a larger-than-life character with a deceptive physical disposition in her later years. Because of the limited mobility that came with age, she would coach from her wheelchair, keeping kids in line with heavy dose of hard edge … and just enough soft.

“She was tough with the kids, but they always knew she was there for them,” said Leon Morehead, a Boys & Girls Club employe who also spent two decades alongside Ray and Thelma Tavares as an assistant coach. He credits Thelma with holding the program together in the wake of Ray’s passing.

“She was always there, always demanding respect,” Morehead said. “That’s a quality that is important in a boxing program. And she was respected.”

“She knew just about every fighter in this area,” Morehead said. “Between Ray and her, they basically started youth boxing in Northern Nevada and grew it into a powerhouse.”

Carlos Mendoza, now 32, was one of those young boxers.

Just about every day from 1990-1995 – and on and off in the years after that – Mendoza would come through the doors at the Boys & Girls Club and step into the gym. He would hit the bags, practice technique and of course do fitness work. But it wasn’t until he was older he realized he was learning more than simply how to fight.

“We were learning about life,” Mendoza said.

Now, as father to a 10-year-old girl and a 6-year-old boy, he’s passing those lessons on.

“Ray taught us we have to work hard for what we want,” Mendoza said.

A memorial is planned for Tuesday at the Boys & Girls Club. Details will follow.

Boys & Girls Club invites community to ‘Give Back Like...

Celebration of life for Jack Reviglio on Friday at the...