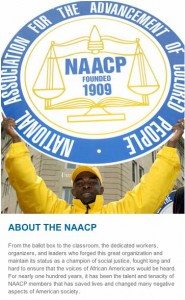 Award-winning journalist Bob Butler will deliver the keynote address at the Reno-Sparks NAACP’s 65th Annual Freedom Fund Awards Banquet on Saturday, May 22, 2010 at the Peppermill Resort-Spa-Casino in Reno.

Reception begins at 6:00 p.m., dinner at 7:00 p.m. Butler is a reporter at KCBS radio in San Francisco, a multimedia investigative reporter and owns an independent multimedia company. He is vice-president and national equal employment opportunity (EEO) chair on the board of the American Federation of Television and Radio Artists/AFL-CIO (AFTRA), helping improve job security and working conditions for broadcast journalists.  His father lives in Reno.

Butler has won numerous awards for his reporting. He was part of the KCBS news team which won a George Foster Peabody Award for coverage of the 1989 earthquake. He has spent 10 years advocating for more diversity in the nation’s radio and television newsrooms. Butler has spent a year-and-a-half as director of diversity for CBS Corporation, directing an apprenticeship program that trained the next generation of television newsroom managers. As the AFTRA national EEO chair, he is encouraging the Federal Communications Commission to stop further media consolidation to make it easier for minorities to own broadcast stations.

Service to young people is the common attribute among this year’s Freedom Fund Award winners.

Honorees include Hug High School varsity basketball head coach Charles Walker, who has worked as a Hug High coach for 11 years and served as the site coordinator the Truckee Meadows Boys and Girls Club’s Teen Center at Hug High School; Pathfinders Christian Ministry which outreaches to homeless and disadvantaged youth; and Greater Light Christian Center church for its broadly based programs of public service.

The Freedom Fund Awards Banquet is the local organization’s principal annual fundraiser. Table sponsorships start at $1,000 for corporations and are $600 for non-profit organizations. Individual tickets   $60 in advance or  $65 at the door. For more information or tickets please call banquet Chair Lucille Adin at (775) 356-3563 or Dolores Feemster at (775) 323-3677.

The NAACP is the nation’s leading civil rights organization and has been a champion in the civil rights movement over the past 100 years.  The Reno-Sparks Branch was chartered in 1945.

Additional information is available at the branch web site, RenoSparksNAACP.org