Long-Standing Festival Continues to Prove Itself as Community Contributor 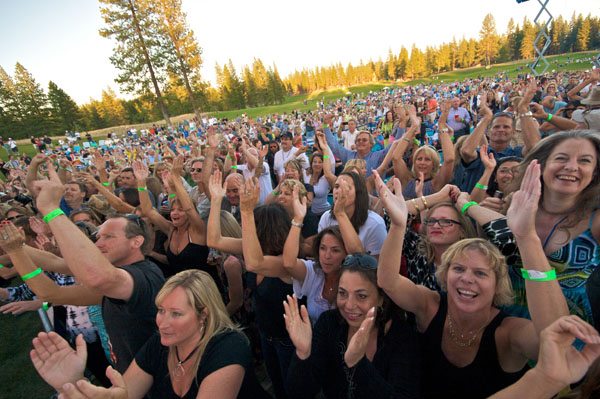 TRUCKEE, Calif. – North Lake Tahoe’s summer tradition, the Lake Tahoe Music Festival, has grown its economic impact to the region to just over $4 million in 2009 and estimates a nearly $5 million impact for 2010. The figures, compiled by Streamline Communications and Outreach, are estimates based on ticket sales and survey results from the festival over the past several years and factor in lodging, dining and entertainment spend by visitors to the annual festival.

“As a non-profit organization the ability for our festival to generate this kind of economic impact over a three-week span each summer  leaves a positive impact on the entire North Lake Tahoe region and creates one of the  area’s must-see events,” Lisa Krueger, chief executive officer of the Lake Tahoe Music Festival, said. “These figures, which we’ve kept conservative, are only a portion of our total contributions to the area. This summer we’re expanding our programs by bringing in 36 students from across the nation to live and study at Granlibakken Conference Center and Lodge on Lake Tahoe’s west shore for our inaugural Orchestra Academy. The program puts North Lake Tahoe on the map for advanced music studies programs. Additionally we continue to reach out and draw a tremendous audience from northern California who play and stay at our lodging properties in Tahoe and Truckee.”

North Lake Tahoe is the destination of choice for nearly 45 percent of out-of-town attendees with accommodations booked in north shore communities including Homewood, Tahoe City, Kings Beach and Incline Village. Truckee takes in just over 43 percent of out of-of-town visitors, followed by Reno at about seven percent and South Lake Tahoe at just under five percent. Of those visitors, nearly half stayed one to three days, followed by 28 percent staying four to seven days. While the festival draws ticket purchasers from 32 states, 38 percent visit from the Bay Area, Sacramento and central California, a major drive market for the Lake Tahoe region.

The Lake Tahoe Music Festival’s 2010 season builds upon the past two years with a six-concert series July 22 – Aug. 7 featuring America – 40th Anniversary Tour, Wynonna, Natalie Cole and Michael McDonald along with Broadway’s Best and the Simply Sinatra Pops concert. The festival also adds to “Strictly Classical” concerts July 21 and 28 featuring the premiere of the Orchestra Academy and guest soloists and Academy instructors Ariana Ghez, principal oboist for the Los Angeles Philharmonic, and Jerry Grossman, principal cellist for the Metropolitan Opera.

For more information about the Lake Tahoe Music Festival, log on to www.TahoeMusic.org or call 530-583-3101.

Founded in 1982 by Edgar Braun, conductor of the San Francisco Chamber Orchestra, the Lake Tahoe Music Festival is a summer music destination presenting an annual concert series at scenic venues throughout North Lake Tahoe and Truckee. The Lake Tahoe Music Festival is a 501(c)(3) non-profit organization that presents quality, diverse musical experiences and creates educational and performance opportunities for aspiring young musicians including the new Orchestra Academy. Funds for the Festival are raised through individual donations, corporate sponsorships and grants.