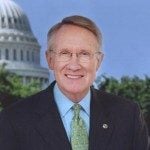 “Today I honor the thousands of men and women in America who have dedicated their time, talent and energy to the development of an HIV vaccine. For more than two decades, medical professionals have worked tirelessly to develop a safe and effective vaccine against the disease and to further the advancement of retroactive treatment for individuals living with HIV/AIDS.

“Armed with technology that is always advancing, and support from federal medical research programs, I am hopeful that our nation’s devoted scientists will someday win the fight against this powerful disease, ending its specter for millions worldwide.”

Led by the National Institute of Allergy and Infectious Diseases (NIAID), HIV Vaccine Awareness Day recognizes the progress in HIV/AIDS research and honors over 16,000 scientists, health care professionals and community volunteers across America dedicated to the research and development of an HIV vaccine.

In observance of HIV Awareness Day, events are held nationwide to educate communities about the importance of preventive research, to promote awareness of the disease and to encourage others to join in the mission to end the HIV pandemic.

It is estimated that there over 6,000 people in Nevada living with HIV or AIDS, and over 300 new cases are reported every year. Up to one-third of the nation’s population are not aware of their HIV status.