Legends, super modifieds, vintage hardtops to be at All American Speedway 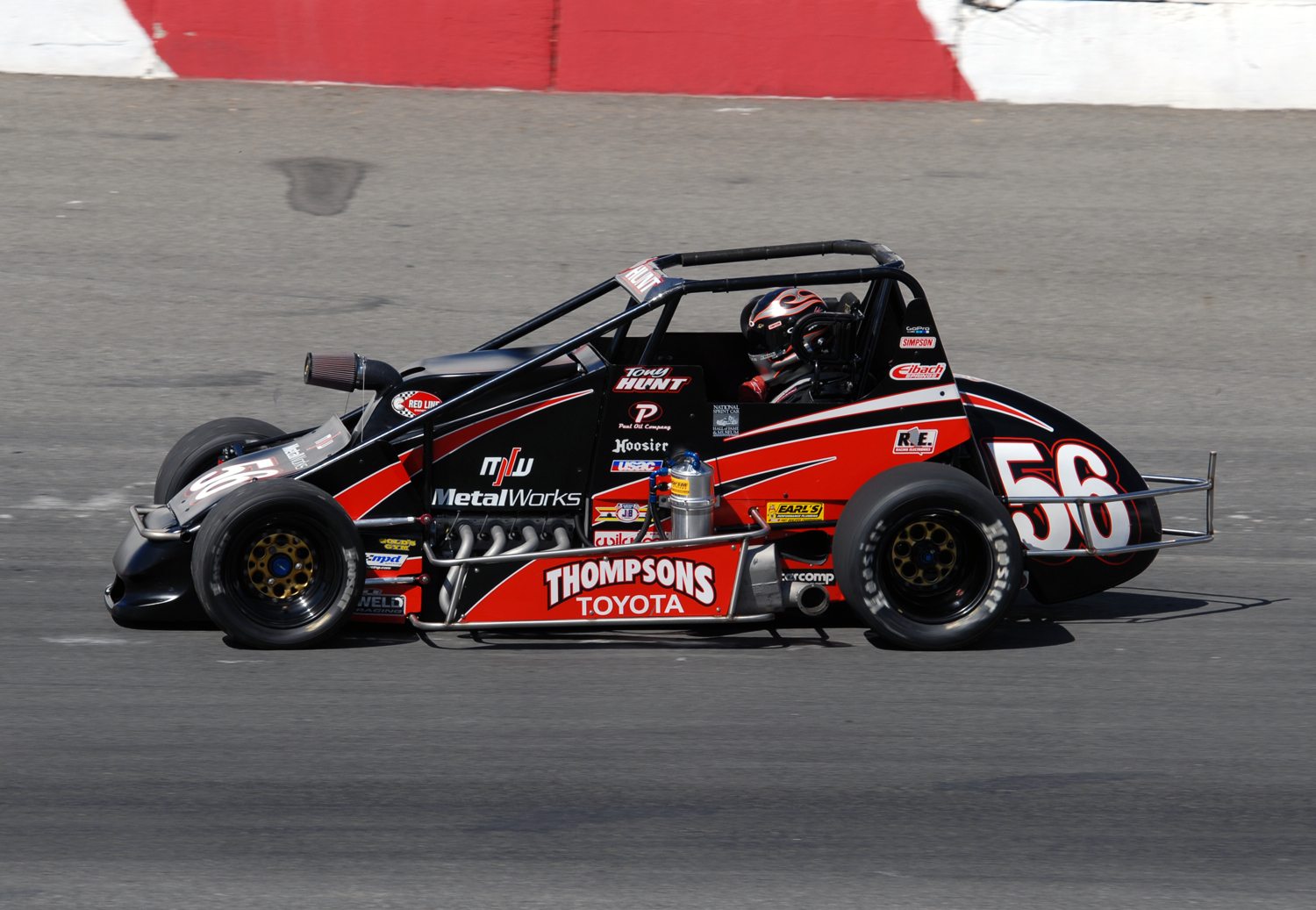 ROSEVILLE, CALIF.–Get ready for a thrilling weekend of racing a couple of hours from Reno at All American Speedway in Roseville this Saturday. Headlining the show will be the USAC sprint cars, and long-time sprint car driver Tony Hunt is anxious to go racing. Hunt will be driving the No. 56 Oroville Metal Works car and will also be fielding another car (56jr) driven by Martin Hansen from Sweden.

“Everything is good about this season compared to 2008 and 2009. First we had the new Toyota motor in 2008, and then in 2009 the new Chevy motor. We’ve worked out the bugs and will start the year with a solid foundation. We’re trying everything we can to attract more attention to the series,” Hunt said.

Hunt also talked about one of the team’s projects over the winter, a driver development program. “It’s still in growing phase. We’ve tested a few drivers for it. We feel like we have another car with another spec motor, where in years past we’ve not been in a position to run the program,” he said. “A lot of guys wanted to drive our second car, and with my experience with teaching and coaching we feel we can provide a race winning program. You’ll probably see six or seven drivers in the car this year.”

Hunt said he is happy to have the season-opener at All American Speedway, which is his home track. “We have access to the large fan base who follow us in our home town,” he said.

Also racing will be the vintage hardtop cars. These cars have steel bodies that have been upgraded to meet current safety standards. The cars portray early 1950s cars.

Mike McClure got the idea for hardtop cars while he was in high school. At that time he pitted for Phil Pedler, a racer in the old hardtop series at Vallejo Speedway.

In 2007, McClure gave Conrad Cavallero an old Chevy coupe. Cavallero built a tribute car to Johnny Franklin, who drove the No. 2 hardtop at Santa Rosa Speedway and other northern California tracks. Cavallero presented the tribute car to Franklin in September 2008, celebrating 60 years of the Johnson family’s involvement in racing.

Cavallero began racing in the 1970s with sponsorship help from Johnny Franklin Mufflers, Torvick Datsun and Santa Rosa Nissan. He raced all over northern California.

Legends cars are also on the menu and they are exciting to watch. Expect a high car count in this division.

Visit the All American Speedway site for times, prices and directions from Reno.

Fans take the track this Saturday at All American Speedway

When a Renoite leaves the country, part 11

When a Renoite leaves the country, part 10

When a Renoite leave the country, part 9

When a Renoite Leaves the Country, part 8

When a Renoite Leaves the Country, part 6