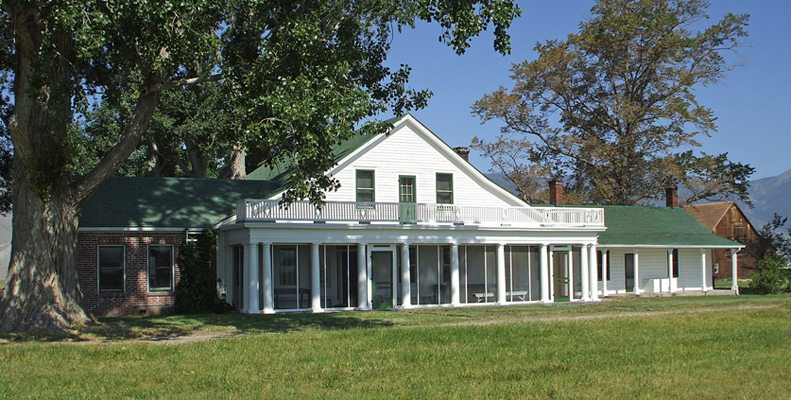 The park is located at 1450 Highway 88, one-half mile south of the Carson Valley Swim Center. A map and further information can be found at parks.nv.gov/hr.htm or by calling 775-783-9417. Regular tours will not be offered during the exhibit.

The items on exhibit will present several themes and include selections from the thousands of historic artifacts, photographs and documents left by the Dangberg family. Among these are “Stories of Patriotism” featuring items connected with the Civil War, World War I and World War II, relating the experiences of soldiers and the contributions of Americans at home.

Souvenirs and photographs from three world’s fairs comprise “Stories from the Midway,” with a focus on the 1939 Golden Gate International Exhibition. The Dangbergs’ connections to airplanes and pilots will be explored in “Stories of Flight,” and the tragic impact of childhood disease will be told in “Stories of Love and Loss.”

“Stories of Gertrude’s Garden” exhibit will be a celebration of spring. Gertrude Dangberg was an avid flower gardener, and vintage gardening tools and catalogs will be presented alongside family photographs that show how her garden looked in the past.

“Park staff and volunteers have been working hard to make Gertrude’s Garden bloom again, and Gardnerville’s Plant It Nursery generously stepped forward to sponsor our efforts with a donation of plants and supplies,” said Park Interpreter Mark Jensen. “With the support of Plant It Nursery, we’ll create not only an effective demonstration garden and interpretive tool, but also a thing of beauty.

“The park’s collection isn’t just about the Dangbergs,” Jensen added. “Many others who spent time at the home ranch or were otherwise connected with the family left behind their own fascinating stories, and this exhibit is our chance to share some of them.”