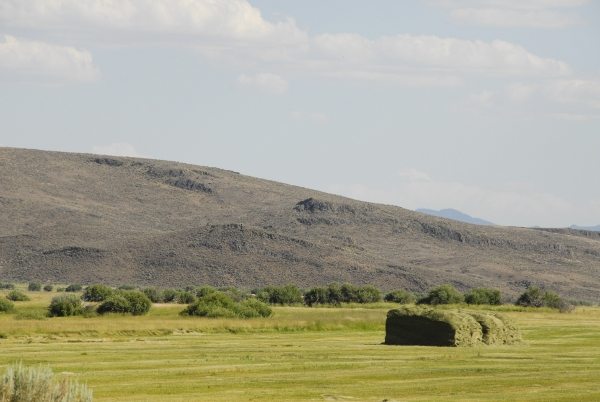 I was fortunate to attend the University of Nevada, Reno at a time when there were close ties and integrated curriculum requirements between the College of Agriculture and the Department of Renewable Natural Resources. This interdisciplinary education has served me exceedingly well during my 25 years of employment in private consulting and including a nine year term with the Nevada Department of Agriculture.

The proposed merger of the Department of Natural Resources and Environmental Science into the College of Science represents a giant leap in the wrong direction. Divorcing these disciplines from agricultural and livestock sciences and practical experiences will produce graduates whose knowledge are limited to the theoretical sciences of biology and ecology and are ill prepared to successfully contribute in the resolution of the ongoing conflicts and challenges that dominate natural resource management in Nevada and the Great Basin.

The proposed reorganization of the College of Agriculture, Biotechnology and Natural Resources (CABNR) was justified in the corresponding curriculum review on the basis that agriculture only contributed 0.2 percent to Nevada’s 2004 gross domestic product (GDP).

The GDP is a poor and inaccurate index to assess the importance of agriculture’s contributions to Nevada’s economy. GDP measures the value of all goods and services produced by labor and property within a given geographic unit. This measure includes all expenditures, including employment income from government and service industries that adds little, if any, economic value to the State’s wealth or production output.

For instance, the U.S. Bureau of Economic Analysis estimated in 2008 Nevada had total GDP of $131 billion and government expenditures (including employment income) contributed $12.5 billion or 9.5 percent to the total state GDP (www.bea.gov/regional/nevada). Taking this illustration one step further shows agriculture in California, one of the largest, most productive, and valuable agricultural areas in the world, only contributed 1.4 percent to the State’s GDP in 2008.

Use of this factor to help justify the elimination of CABNR in the curriculum review speaks volumes on why it is important to retain, if not elevate, the role of the Department of Resource Economics within CABNR and the University as a whole.

On a more positive note, the 2008-2009 Agricultural Statistics Report estimated total farm receipts in Nevada at $572 million and disclosed this revenue source has increased annually over the past three years (2006-2008) by 15 percent. Over half of these total farm receipts were generated by livestock sales and dairy production.

It is also crucial to note that agricultural represents a primary production industry that creates new wealth in Nevada. This characteristic is important with the large majority of the State GDP being based on secondary production or service industries that simply circulate previous developed wealth. Furthermore, the large majority of agricultural production in Nevada is sold as export outside of the state and results in an added income stream to the State.

While this level of annual contribution to the State’s economy may appear insignificant compared to other industry sectors, like gaming and mining and in consideration of a state 2008 GDP of $131 billion, it is crucial to note 88 percent of these agricultural sales were generated in the 15 rural Nevada economies, excluding Clark and Washoe Counties. The estimated population within these 15 counties in 2008 was 346,393 people and represented only 12.7 percent of the state population.

It is often said that agriculture, coupled with mining, is what keeps the lights on in rural Nevada. The up and down cyclic nature of the mining industry in Nevada also speaks to the critical importance of the dependable income stream provided by production agriculture in rural Nevada.

As a final point, agricultural production in Nevada is challenging and unique. Due to the arid and cold nature of our high desert environment, and the scarcity of irrigation water, we cannot readily recruit research and advancements developed in other areas to advance agriculture here in Nevada.

The analogy is you cannot import any ol’ beef cow from the south or mid-west and expect it to be productive or possibly even survive in some areas within Nevada. The same concept also applies to bringing in new concepts or agricultural advancements developed in other environments and expect they will work as well here. For this reason, we need to maintain a strong research element here in Nevada and the Great Basin to advance production agriculture and environmental sustainability in the State.

Based on the preceding it should be evident that agriculture production represents an important, dependable, and growing industry that contributes significantly to communities in Nevada. It should also be evident that the agricultural production industry in Nevada is deserving of the research and education opportunities afforded by a strong land grant university program that is universally provided in other States.

The failure of UNR to provide this function as a land grant institution places Nevada agricultural producers at a distinct competitive disadvantage with their neighbors located in adjoining states.

If you agree with me, please join the existing students in their fight to save the College by visiting http://www.ipetitions.com/petition/savenevadacabnr/ and let President Glick and Provost Johnson know how you feel about retaining a strong College of Ag at UNR.

Don Henderson is a rangeland management and natural resource consultant. He is a past director of the Nevada Department of Agriculture.