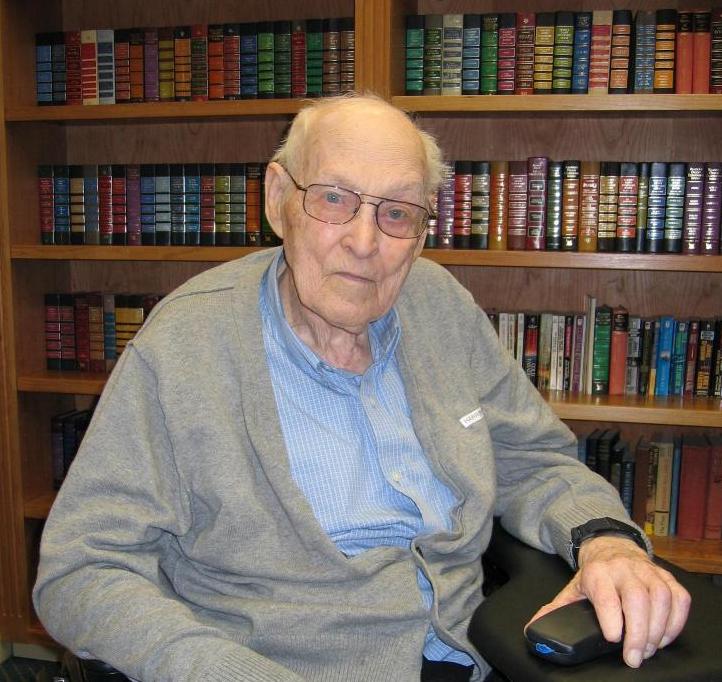 Harry Edward Spencer Sr. died in his sleep in Reno April 5 at age 90. He had lived in Northern Nevada since 1987.

Harry was born Nov. 4, 1919, to Gertrude (Seehawer) and Ralph Edward Spencer and grew up in Athelstane, Wis. He was drafted into the Army in 1942 and, after a brief time in North Africa, served on a ship in Sicily, Italy, until the end of World War II.

He married Irene Barrows Nov. 13, 1945. In 1947 they moved to Oakland, Ore., where Harry worked as a welder in lumber mill machine shops. Their children–Karen, Laurel, Harry Jr. and Ellen–were born there.

Harry took a job as a maintenance man and welder at the PEPCON rocket fuel plant in Henderson at the end of 1961. In June 1965 he was burned in an explosion there and hospitalized for six months with third degree burns on his legs. He was not able to return to work full time.

Besides his children, Harry is survived by sons-in-law Dennis, Phillip and Chris; by grandchildren Heidi, Brandon, Daniel, Lance, Kristen, John and Ryan and by great-grandchildren Ryan, Hannah, Collin and Jake.

He is also survived by sisters Joan of Vancouver, Wash., Alice and June of Portland, Ore., brother Joseph of Oakland, Ore., and numerous nieces and nephews. He was preceded in death by brother Ralph and sisters Elaine and Bernice.

A memorial service will be held at 2 p.m. Friday, April 9, at the Lazy 5 Regional Park, 7100 Pyramid Highway. Truckee Meadows Cremation and Burial is handling arrangements including a private burial at the Northern Nevada Veterans Memorial Cemetery in Fernley.