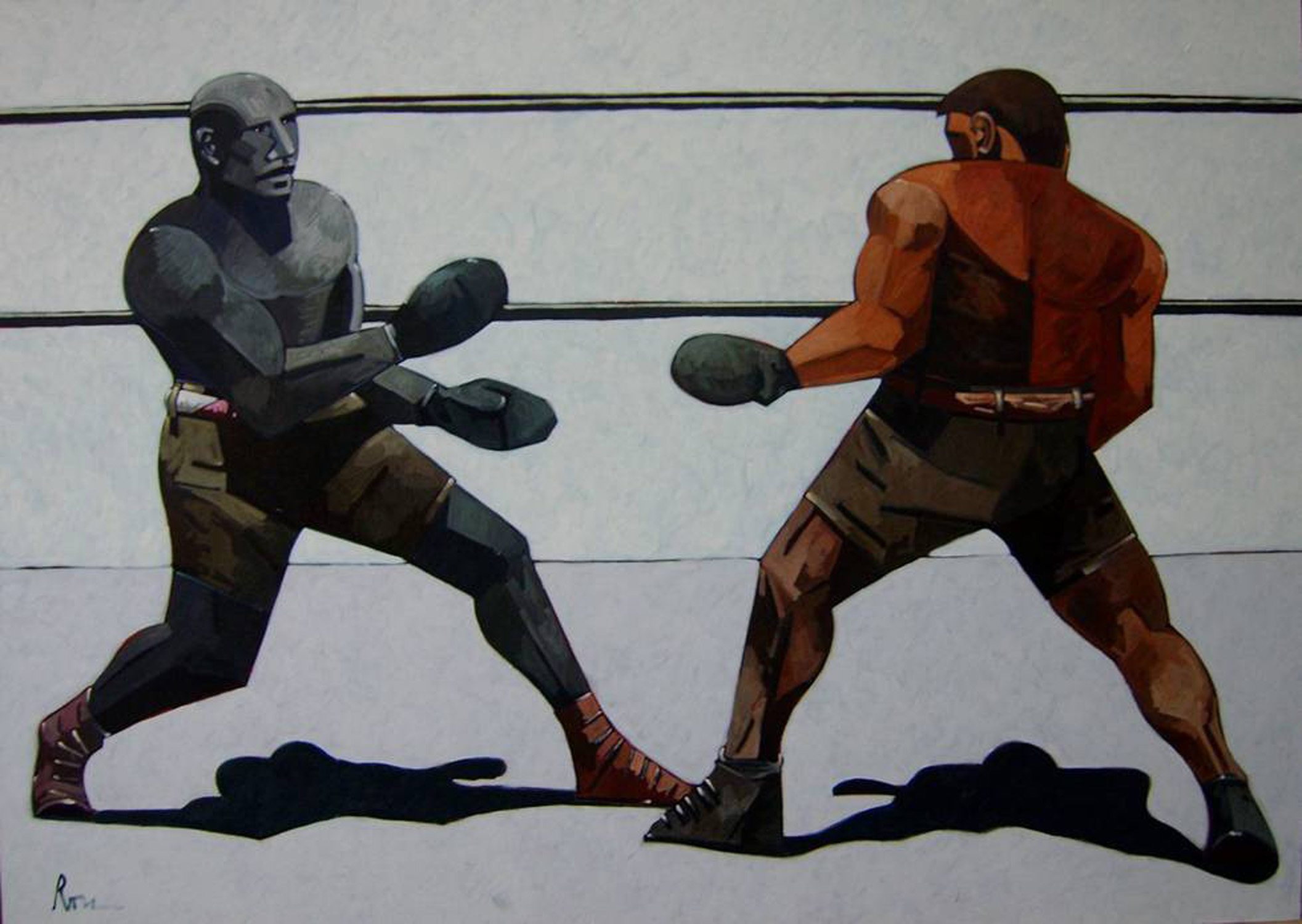 The Nevada Historical Society will present “Johnson-Jeffries Fight: A Centennial Exhibition” a one-of-a-kind exhibit expressed through art, photography and ephemera in the society’s Hallway Gallery. The exhibit opening reception will be held April 23 from 5:30 to 7:30 pm. The exhibit will run through July 30, 2010.

The exhibit commemorates the 100th anniversary of the historic heavyweight boxing match between former undefeated heavyweight champion James J. Jeffries and Jack Johnson, hailed as the “Fight of the Century,” that took place in Reno, Nev. on July 4, 1910. A monumental moment in national history, the fight sparked controversy when the white boxer Jeffries came out of retirement to reclaim the heavyweight championship from his black competitor Johnson.

The fight took place on July 4, 1910 in front of 20,000 people, at a ring built just for the occasion in downtown Reno. Johnson proved stronger and more nimble than Jeffries. In the 15th round, after Jeffries had been knocked down twice for the first time in his career, his people called it quits to prevent Johnson from knocking him out.

The highlight of the exhibit are nine large-scale original paintings from well-know Seattle sports artist Thom Ross inspired by the Johnson-Jeffries fight. 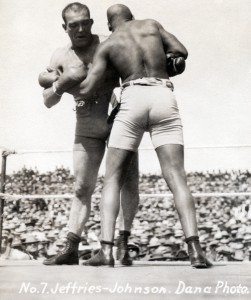 “My interest in Johnson started early in life when I was told that my great-grandfather, Dr. Jacob Henry Sampson, had been Johnson’s personal physician whenever Johnson fought in the San Francisco Bay Area,” said Ross.  “My father always claimed that not only was Dr. Sampson his physician, but that he was actually in Johnson’s corner for the 1910 fight in Reno.”

The paintings will be displayed among a collection of historic photography and ephemera from the original fight gathered by the Nevada Historical Society.

“While Johnson’s story has a family interest for me, I still find his story to be a wonderful one, both for its triumph and for its dark despair,” stated Ross.  “But what always attracted me to his story was the emergence of the individual despite all obstacles.  So for me, Johnson transcends his role as a boxer and as a social symbol and becomes a representative of the individual spirit that resides in all of us.”

The Nevada Historical Society was founded in 1904 and is the oldest state museum. Programs include an active exhibition schedule, public programs and docent-guided tours. The Historical Society’s Research Library, with its extensive collection of Nevada information and photographs, is open to the public from noon to 4 p.m., Wednesday through Saturday.  The exhibit galleries and museum store are open from 10 a.m. to 5 p.m., Wednesday through Saturday. Admission is $4 for adults ages 17 and over, children and members are free.