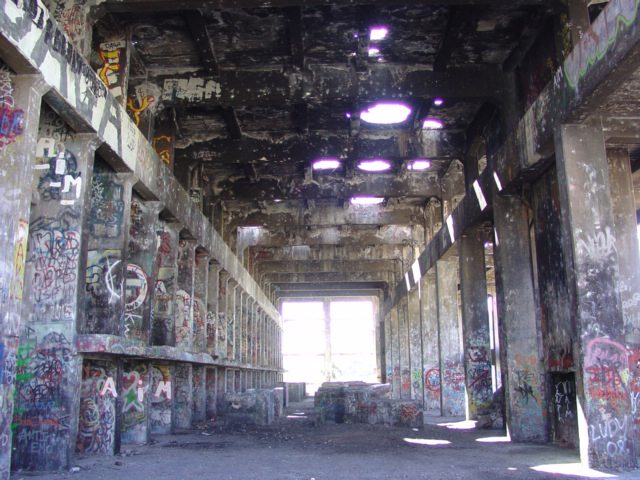 
CARSON CITY — The Bureau of Land Management (BLM), Carson City District-Sierra Front Field Office is seeking public comment on a proposal to abate safety hazards at the United Comstock Merger Mill at American Flat in Storey County, Nevada.  A recent audit by the U.S. Department of the Interior’s Office of the Inspector General identified the abandoned property as a continuing high-risk public safety hazard responsible for a death and numerous injuries and as a liability to the U.S. Government.

The BLM invites the public to help develop possible management alternatives to be analyzed in an environmental assessment to reduce site safety hazards while documenting and mitigating possible impacts to cultural and historical resources.  Alternatives may include full or partial demolition or other measures to protect the public, such as fencing or site security.

“The millsite at American Flat is considered historically significant to many people,” said Dan Jacquet, BLM Community Liaison.  “The BLM hopes everyone interested in this site attends these meetings so their ideas and concerns can be addressed.  Public comments and suggestions will be considered in the preparation of a draft environmental assessment, which, when completed, will be available for public review.”

The United Comstock Merger Mill was built in 1922 to process local gold and silver ore utilizing cyanide vat leaching in what was then described as the largest concrete mill in the United States, which makes it historically significant.  Since abandonment in 1924, this seven-acre mill site has been used as a place to hold parties, post graffiti, and conduct paintball wars despite physical safety hazards from falling concrete, underground mill sumps filled with water, and holes in the concrete flooring.

The BLM published a Federal Register Notice in 1997 to close the historic mill buildings to public entry in response to a fatality at the site.  Regardless of the closure and repeated efforts by the BLM to fence, gate and post the site with warning signs, the property still receives visitors in trespass.  According to the Storey County Sheriff’s Department, emergency vehicles respond to at least six serious injuries on the property every year, mostly from visitors climbing on and falling from the mill buildings which are as much as 80 feet in height.