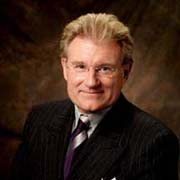 CARSON CITY — Governor Jim Gibbons today announced the appointment of Randolph Townsend to the Nevada Gaming Commission.  Senator Townsend served in the Nevada State Senate from 1983 to 2010, where he chaired for many years the Senate Committee on Commerce and Labor.  As part of his legislative service, Townsend has served on the Committee on Government Affairs and as Vice Chairman of the Committee on Taxation.

“Randolph Townsend has played a key role in policy development in Nevada for many years,” Governor Gibbons said, “The Gaming Commission and the citizens of Nevada will benefit from his extensive knowledge of business and industry.”

“I look forward to this new opportunity to continue my public service to the citizens of Nevada,” Townsend said, “The gaming industry plays a significant role in Nevada’s economy.  I am honored to be chosen to help shape gaming policy for Nevada’s future economic prosperity.”

Senator Townsend’s appointment is effective upon his resignation from the Nevada State Senate, expected today or tomorrow.  Townsend replaces Radha Chanderraj, whose term expires this month.

The Nevada Gaming Commission consists of five members appointed by the Governor who serve in a part-time capacity. The primary responsibilities of the Commission include acting on the recommendations of the State Gaming Control Board in licensing matters and ruling in work permit appeal cases. The Commission is the final authority on licensing matters, having the ability to approve, restrict, limit, condition, deny, revoke, or suspend any gaming license. Additionally, the Commission is charged with the responsibility of promulgating regulations to implement and enforce the State laws governing gaming.