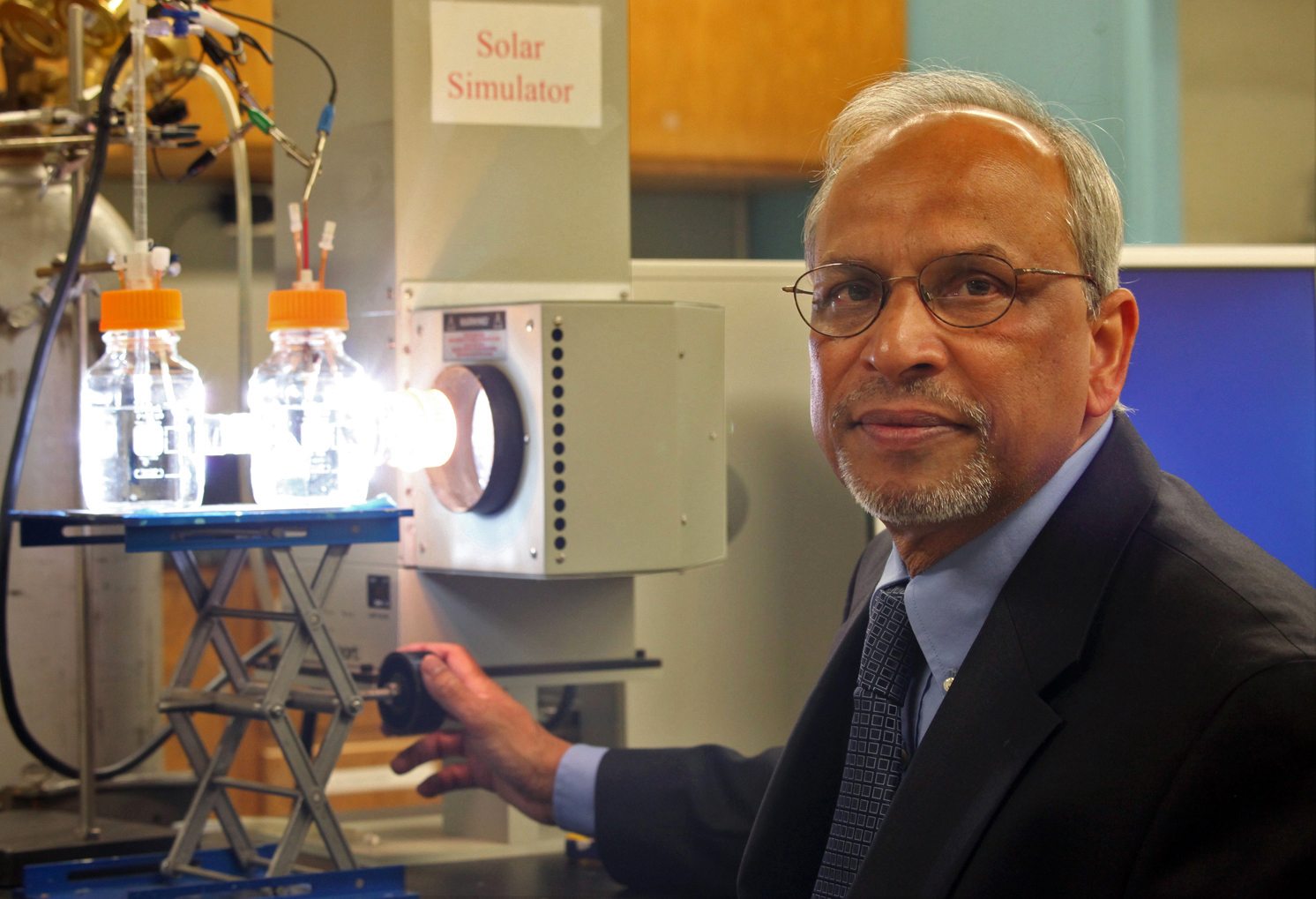 Manoranjan “Mano” Misra is known for turning coffee grounds and chicken feathers into fuel. He purifies arsenic-laced water and, using sunlight, can turn water into fuel.

Misra is one of two University of Nevada, Reno researchers who have been honored by the Nevada System of Higher Education Board of Regents for their accomplishments: Misra as the 2010 Regents’ Researcher and Josh Baker as Regents’ Rising Researcher.

Misra, a faculty member since 1988 and now the director of the University’s Renewable Energy Center, has published 183 technical papers in the areas of materials, nanotechnology and environmental and mineral process engineering. He has had 10 patents published and another 12 are pending. He has secured over $25 million dollars in grant funding.

His work also includes applied nanotechnology for solar hydrogen generation, hydrogen storage, biomaterials for prosthetic implantation and sensor technology. Misra’s work in the removal of arsenic from drinking water has earned him national recognition, as well as three patents. Several industries have taken licenses from the University to use his arsenic technology for water purification. His patented process for mercury removal from the cyanide streams of gold mining operations is being used in Nevada and internationally.

Misra’s recent research in renewal energy, more specifically in using coffee grounds and chicken feathers to produce biodiesel fuel, has garnered the attention of national media such as The New York Times, The Washington Post, Science Daily and Scientific American.

Regents’ Rising Researcher Award
Faculty member Josh Baker, an assistant professor in the department of biochemistry and molecular biology who studies the molecular basis for cell motility, a highly interdisciplinary problem that involves determining how molecular motors in cells convert the chemical energy into mechanical work. These studies have implications for nanotechnology as well as biology.

Baker’s research has focused on bridging the gap between his graduate and postdoctoral work, studying how the physical chemistry of single molecules scales up to explain the physical chemistry of muscle. He developed new instrumentation to simultaneously measure muscle mechanics and biochemistry with which he made the first direct measurements of mechanochemical coupling in active muscle. These observations provided novel insights into the molecular mechanisms of muscle contraction. He has 23 peer reviewed publications and since joining the University of Nevada, Reno has been awarded three National Institutes of Health grants totaling $2 million.

Baker team teaches medical biochemistry, is a guest lecturer for other courses in the University of Nevada School of Medicine, and serves on the Medical School Admissions Committee.

This award is bestowed upon one faculty member at each Nevada research institution in recognition of their early career accomplishments and potential for future advancement and recognition in research.