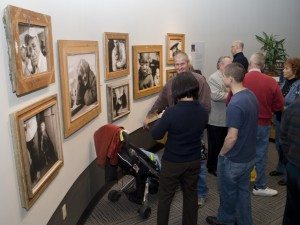 I had to look twice to confirm that the frames were really backwards on the haunting, yet beautiful photographs at the Faces of St. Vincent’s show in downtown Reno. Sure enough, photographer Jeff Ross did that on purpose- to get us to think about homeless children and adults in a new way.

As a professional photographer, Ross is used to making people look glamorous. But his latest project has a different mission. “We really wanted to put a face on poverty and for people not to turn their back on it,” Ross said when I asked him about the exhibit. The photographs are in black and white and were taken at St. Vincent’s dining room and other Catholic Community Services programs in Northern Nevada.

Ross said he’d been thinking about all the budget cuts, and how poverty has crept closer to everyone. “These are the people who are going to feel it first, ” he said. Indeed most people at the opening of the exhibit at the Metro Gallery at Reno City Hall seemed to study the photographs intently. I couldn’t take my eyes off them.

Ross wants these glimpses of daily life to allow people see his subjects in a different way. “I don’t think it’s voyeuristic, I think it’s an opportunity to see who they really are,” he explained. Ross also believes poverty is catching up to more people. 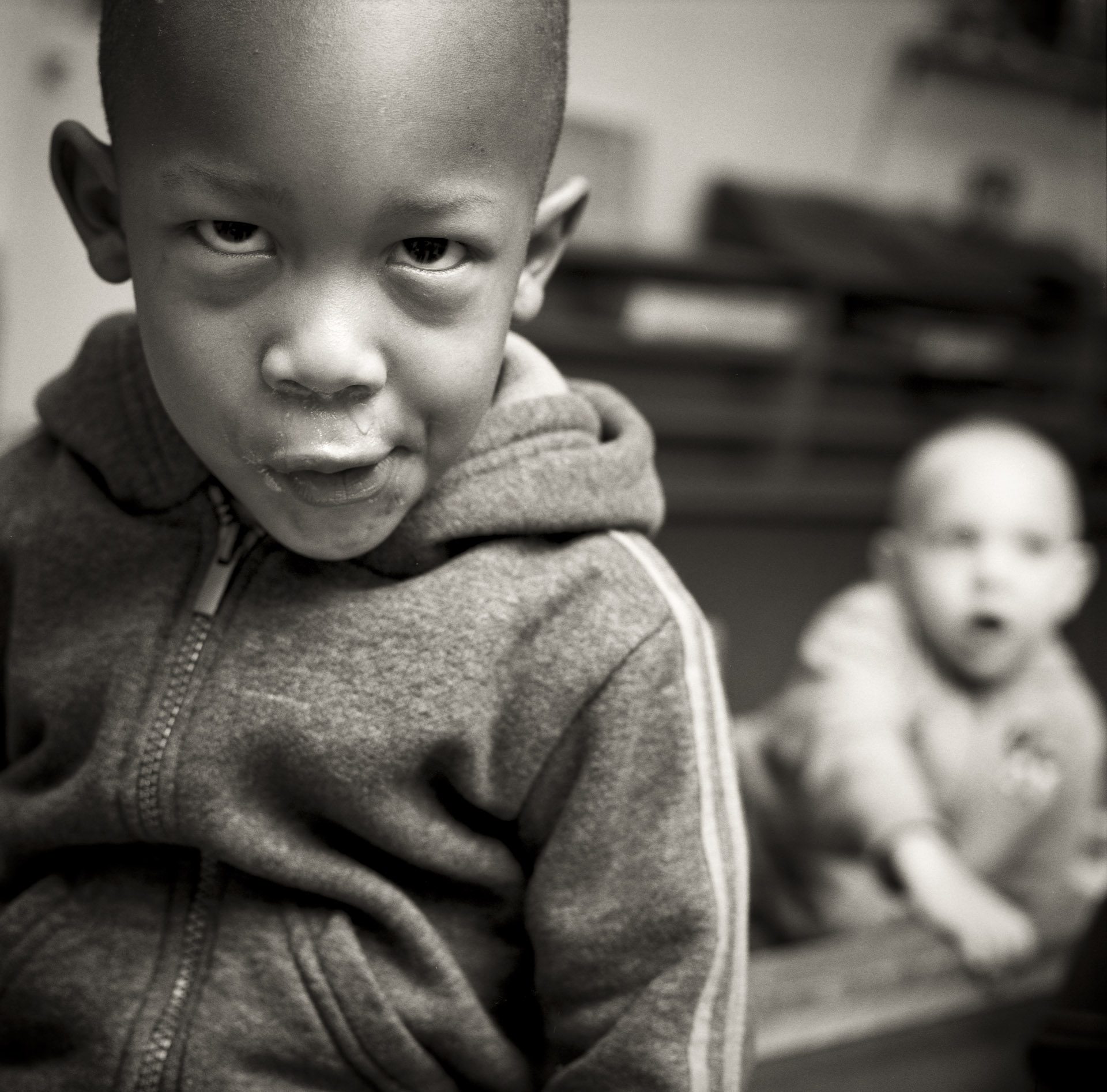 One of the photographs taken by Jeff Ross for his “Faces of St. Vincent’s” photography exhibit in downtown Reno

“Everyone in this room viewing this is maybe one or two steps closer to where those people are. There’s not much difference between them and us, as our economy worsens and our social safety net gets thinner,” he explained.

If you haven’t seen the Faces of St. Vincent’s show, you can still catch it at Reno city hall until March 26th. It’s well worth your time, and may cause you to think a little differently about the people you see on the street every day and the places that help them.

As for Catholic Community Services, which runs St. Vincent’s dining room and other programs, they’re seeing more people than ever who need help. Reverend George Wolf, a retired priest who serves on the board of directors of the agency, says requests have sky-rocketed. “We have almost doubled this past year in what we are asked to do to feed the poor, to provide them food,” he said. Catholic Community Services can always use donations and volunteers. You can reach them at (775) 322-7073 for more information.

The year in photos: Our pick of images from 2021