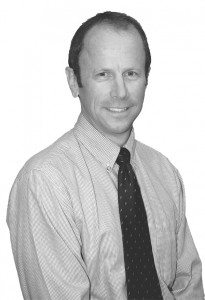 CARSON CITY, Nev. — Nevada Department of Conservation and Natural resources Director Allen Biaggi has announced his retirement after more than 30 years of state service. His last day in the position will be April 30, 2010.

Previous to his appointment as director, he was the administrator of the Nevada Division of Environmental Protection, appointed by Governor Bob Miller in 1998. Prior to that he served in various staff and management positions within the agency.

“I look forward to this new chapter in my life and the opportunities and challenges it brings,” Biaggi said. “I want to thank the three governors I have served under in appointed positions, Governors Miller, Guinn and Gibbons. I appreciate them for their trust, confidence and support.”

“My career in public service has been extremely rewarding and made even greater by having the privilege to work with the more than 900 men and women in the Department who have dedicated themselves to public health and safety and the preservation and protection of Nevada’s natural resources,” Biaggi added.

Biaggi is also the current chairman of the Tahoe Regional Planning Agency (TRPA) Governing Board. He will continue in that capacity until his term expires at the end of December, 2010.

“Rockin’ Along the Humboldt” at the California Trail Center