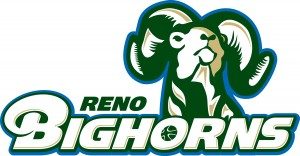 A pair of clutch three-pointers—one in the final seconds of regulation and the other in the closing moments of overtime—lifted the Utah Flash to a dramatic 115-109 victory over the Reno Bighorns Saturday night in the Reno Events Center.

With the Bighorns (20-21) trailing by a point and less than 30 seconds remaining in regulation, Richie Frahm hit a jumper and Desmon Farmer knocked-down two free-throw tries to put Reno up by three with 18 seconds left on the clock. On the ensuing possession, Utah (22-19) answered with a Gabe Pruitt three-point that tied the score with six seconds remaining. Both teams would trade possessions in the final seconds, but neither converted, forcing an overtime period.

After a Will Blalock three-pointer tied the score with 1:38 remaining, Pruitt answered again, this time with a lay-in that put Utah back on top. Defense would prevail on both ends for nearly a minute before Flash guard Kevin Kruger drilled a three from the top of the key that pushed the Utah lead to five. A pair of Farmer free throws would cut the lead down to a single possession, but the Bighorns would not get any closer.

Farmer led six Bighorns in double figures with 21 points on the night. Rod Benson recorded a double-double with 11 points and 16 boards, Blalock registered 14 assists and Yaroslav Korolev collected 20 points off the bench for Reno.

Kosta Koufos, on assignment from the Utah Jazz, led the Flash with 26 points and 16 boards. Pruitt finished with 20 points and five assists.

Still on the hunt for a playoff berth, the Bighorns return home Friday for a weekend series against the Rio Grande Valley Vipers. Friday and Saturday’s games are slated for 7 p.m. tip-times. Tickets are on-sale now at www.RenoBighorns.com, the Reno Events Center Box Office, Silver Legacy Box Office, or by visiting any Northern Nevada Ticketmaster location or Web site.

The NBA Development League, founded in 2001, is the NBA’s official minor league whose teams have direct affiliations to NBA franchises. For the 2009-10 season, the league will feature 16 teams – including the debut of the Maine Red Claws and the Springfield Armor. A proven developer of talent, 20 percent of players in the NBA at the conclusion of the 2008-09 season boasted NBA D-League experience, while the league continues to develop coaches, referees, and front office staff for the NBA and its teams. In fostering the league’s connection to the community, its teams, players and staff promote health and wellness, support local needs and interests, and assist in educational development through NBA D-League Cares programs. The NBA D-League also advances the game of basketball as the research and development arm of the NBA. Throughout the season fans can watch all NBA D-League games on NBA Futurecast, the free live Web-streaming initiative found at nba.com/futurecast.