Source: Gibbons will not veto Race to the Top bill 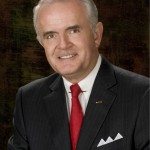 A source inside Gov. Jim Gibbons’ office today said Gibbons will not veto the Race to the Top education bill passed Wednesday evening by the state Senate and Assembly during the special session of the Legislature.

A Gibbons spokesperson told the Las Vegas Review Journal yesterday that he intended to veto the bill because some language in it would prevent the state from securing a $175 million federal grant that would help Nevada schools.

The Assembly voted 42-0 and the Senate voted 16-5 to change a state law that so far has prevented Nevada from applying for the grant. Five of the nine Senate Republicans voted against the bill on grounds that language in it might lead the federal Department of Education to reject the state application for a grant.

The governor’s legal team still believes the language in the bill may cause it to be rejected, said the source, but Gibbons has decided to sign the bill with the intention of trying to work with the DOE for grant approval and to show his commitment to putting education first both in this special session and the state.