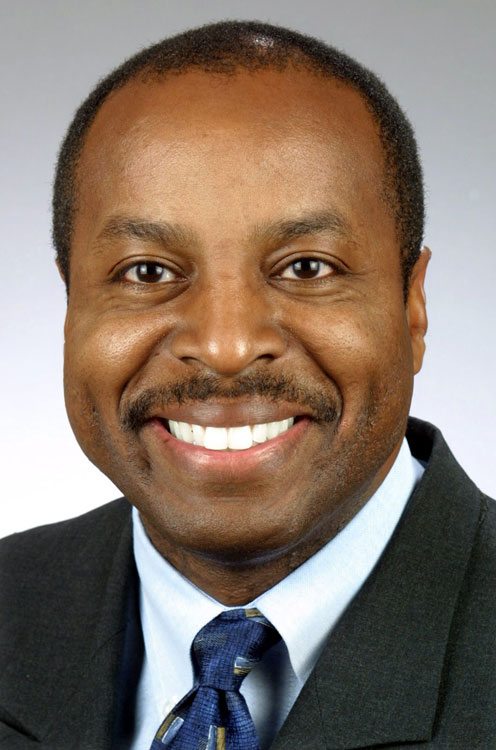 Ben Holden, a lawyer and long-time journalist, Thursday was named director of the Donald W. Reynolds National Center for the Courts and Media, part of the Reynolds School of Journalism at the University of Nevada, Reno. The center, which also works closely with the UNR-based National Judicial College, is the only organization devoted to resolving conflicts between sometimes-dueling constitutional rights guaranteeing both freedom of the press and fair trials.

“To date,” Holden said, ”no clear voice has emerged on the American policy landscape to articulate the proper balance between our constitutional guarantees to open courts on the one hand and fair criminal trials on the other. This center can become that voice.”

Technology has confused those First and Sixth amendment guarantees even more, said Jerry Ceppos, dean of the Reynolds School of Journalism. “It seems every week a judge has to decide whether a blogger should get press credentials or whether a mainstream journalist can Twitter from a courtroom, issues that didn’t even exist five years ago,” he said. “These issues are perfect for a journalism school that specializes in issues surrounding innovation.”

Holden is a former reporter for The Wall Street Journalwho wrote law-related articles ranging from a profile of the prosecutor in the 1996 murder trial of rapper Snoop Doggy Dogg to sentencing issues arising from the Rodney King beating case, to a co-bylined piece on jury nullification in the 1995 O.J. Simpson double-murder trial. The Journal nominated the O.J. nullification story for the Pulitzer Prize.

More recently, Holden, 46, has been executive editor of the Columbus (Ga.) Ledger-Enquirer, a post he has held for 5-1/2 years. Earlier, he was deputy managing editor of the (Palm Springs) Desert Sun and senior editor for business and sports at the Reno Gazette-Journal, both Gannett newspapers. Prior to Gannett, Ben was assistant to the president of the McClatchy Co., the Sacramento-based newspaper publisher. McClatchy owns the Columbus newspaper.

After graduating from Boalt Hall, the law school at the University of California, Berkeley, Holden practiced law with Cooper, White & Cooper, one of the Bay Area’s top media-law firms, and with the firm formerly known as Weissburg and Aronson, in Los Angeles. He is licensed to practice in California and Georgia. Holden is a graduate of the University of Missouri’s School of Journalism and also received a master’s degree in business administration from UC Berkeley.

Holden is a long-time member of the National Association of Black Journalists; a 2001 graduate of the Advanced Executive Program of the Media Management Center at Northwestern University, and serves on the advisory board of the University of Missouri’s daily newspaper, The Columbia Missourian. He also is a member of the Accrediting Council on Education in Journalism and Mass Communication.

Holden officially joins the center May 3. Most of the funding for the center comes from the Donald W. Reynolds Foundation of Las Vegas, the journalism school’s biggest benefactor. Holden succeeds Gary Hengstler, who resigned last year.

The Reynolds School is Nevada’s only accredited journalism school.