The Centennial of the Western Pacific Railroad in Nevada 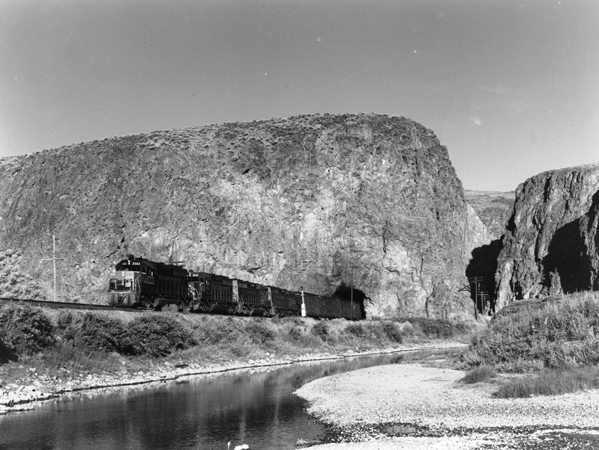 The Nevada State Railroad Museum in Carson City will host the second in a three-part series on the Centennial of the Western Pacific Railroad in Nevada on Monday, January 18 at 7:00 pm.

This presentation features the work of noted author/photographer Dick Dorn, a retired teacher who has photographed railroads since 1962. His Donner Pass snow-removal documentation is legendary. He co-authored Diesels over Donner with Richard Steinheimer, and the forthcoming Western Pacific 1972-1983: The Final Decade will feature his work.

“Dick will present color images of the WP in Nevada from his collection, a Winterail multimedia presentation, and from his new book,” said Frank Ackerman, curator of education. Western Pacific, the last transcontinental railroad built in the United States, linked California with the Ogden and points east in 1909.

The Museum store will be open for the event.

The Nevada State Railroad Museum operates steam-ups with historic Virginia & Truckee Railroad equipment on selected weekends throughout the year.  The museum also participates in scholarly efforts, such as the annual Nevada Railroad History Symposium held in Carson City in October.  Open Friday through Monday from 8:30 p.m. to 4:30 p.m., the museum is located on Route 395 at the south end of Carson City at the intersection of Fairview Drive.  A yellow railroad station and red water tank at the entrance to the museum grounds are landmarks.  For more information, please call (775) 687-6953.

The Nevada State Railroad Museum is one of seven museums of the Nevada Department of Cultural Affairs.  The Department serves Nevada’s citizens and visitors through cultural and information management, presentation and promotion of cultural resources, and education. The Department also includes the State Office of Historic Preservation, Nevada State Library and Archives and the Nevada Arts Council. For more information, visit the department’s website at www.NevadaCulture.org