A lot of the readers of this site may recognize the name from the movie that was produced a few years ago by a couple of guys from Reno. The movie was about a little barbershop in Reno that had one of the barbers die. The other barber (John Ratzenberger) had to hire a new person, and a woman applied. It became a story of their friendship and life working at the shop. 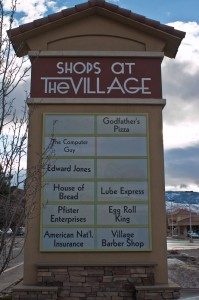 If I hadn’t known Jason Newmark, one of the producers, I never would have known the place was real (map). They shot a lot of the movie right at the actual barber shop, which is in a little shopping center on California Avenue in the Old Southwest section of Reno.

I have been getting my hair cut rather simply for a long time. We have clippers at home and I just get it shaved to a certain length every couple of months. My wife has been the one to do it the whole time. She recently told me that I needed to start going to a place to get it cut. Reluctantly, I decided I better listen. We had just moved into the area right around Hunter Lake and Mayberry in the Old Southwest, so I thought I’d try out the Village Barbershop.

I rolled in at about 5:25 on a Wednesday. The sign on the door said their hours were until 5:30. One of the barbers was just finishing up a guy and I asked if they would still take people. They told me no problem and I got in a chair. Bill was the guy who cut my hair, and he was cool to talk to while getting it done. We chatted about my job and the state of sports. We talked a little about life as he told me a guy he knew (who was in there at the time) had just had a heart attack. It was interesting chatting about that. It was like this real taste of life that seems to escape us so often. He was just honest and said he was scared of something similar happening to him. It is a scary thing. I appreciated the idea that I could go here every so often and step into a slightly different world with people who seem so willing to open up. 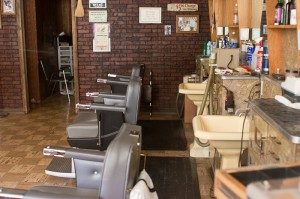 After using the clippers on my hair, he got out the little trimmer for the back of the neck and sideburn area just like everyone does. He trimmed everything up and then told me to sit tight. Out came the straight razor and shaving cream. He used that around the ears and on the sideburns. I had never had a straight razor touch me so it was totally new and interesting. That part of it made me realize what a real barber shop is like. Every other place I’d ever had my hair cut was a chain joint or something. This was the real deal and I was digging it.

I hopped up after being done and asked him what I owed him. All haircuts are $12 and the big sign I had missed reinforced that. He asked me my name, said it was great to meet me and he hoped I would be back. I told him there’s no question I would and he could thank the movie for getting me in there (along with my wife). We talked a bit about the movie, which he owns a copy of, and he said he thought the woman in it stole the show. I agreed that the two main characters were quite good. That was that and I was on my way.

In short, I loved the place. I will definitely make that my regular hair cutting stop and I encourage anyone who might be looking to give it a go. The guys in there were great to chat with and seemed like genuinely nice people. 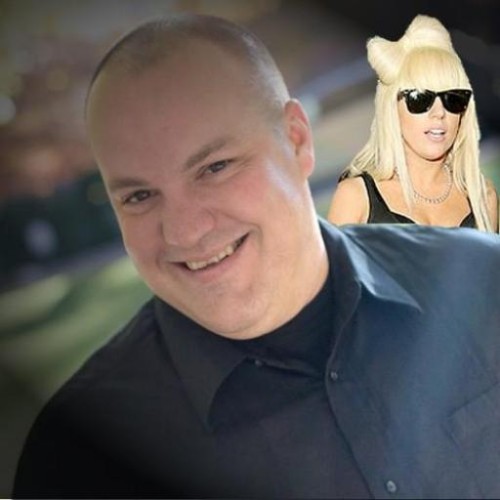